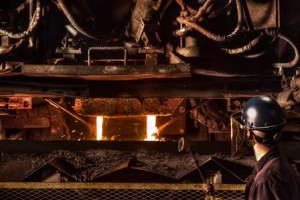 Debt, pension obligations to shrink as part of sale

The German steelmaker, which is trying to shift its focus to industrial goods, said on Friday it would not disclose the transaction price but added that net financial debt and pension obligations would shrink by a mid three-digit million euro amount as a result of the deal.

German daily Handelsblatt reported on Wednesday that the two sides were nearing agreement on a price tag of about 500 million euros.

“The sale will also reduce the share of volatile materials businesses and thus support ThyssenKrupp on its strategic way forward to becoming a diversified industrial group,” Thyssen said.

High-performance alloys subsidiary VDM and stainless-steel unit AST were originally part of a bigger stainless-steel business that ThyssenKrupp sold to Outokumpu, but Outokumpu had to sell them on as a regulatory condition of the deal.

When Outokumpu failed to find buyers, ThyssenKrupp agreed last year to take back VDM and AST to save the deal and sever financial ties with the Finnish steelmaker.

VDM and AST together have a book value of more than 900 million euros and are making operating losses while being restructured.