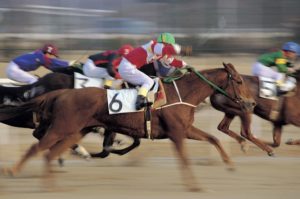 Lindsay Goldberg has secured more than $3 billion toward a $4 billion target for its fifth flagship buyout vehicle, a Form D fundraising document showed.

If Lindsay Goldberg V reaches the goal, it will be 11 percent larger than its predecessor, which closed in 2015 at $3.6 billion, according to PEI data. Fund IV reportedly fell short of a $4 billion target, possibly because of organizational changes, including the 2015 departure of partner Andrew Weinberg to form Brightstar Capital Partners.

Lindsay Goldberg was founded in 2001 by CEO Alan Goldberg and chairman Robert Lindsay, both former senior executives with Morgan Stanley Private Equity. The New York firm specializes in making control investments in mid-market companies, many of them family- or founder-owned, in business, financial and government services, consumer, healthcare and industrials sectors in North America and Europe.

Fund V is expected to maintain this strategy, investing $150 million to $500 million in businesses initially or over time, according to a 2018 report by Pennsylvania PSERS.

Lindsay Goldberg’s portfolio holds 18 companies, the firm’s website shows, several of them added in recent months. They include Amentum, a provider of professional and technical services to governments, acquired earlier in 2020 by Lindsay Goldberg in partnership with American Securities. The seller was Aecom.

Lindsay Goldberg was also selling portfolio companies in recent months, among them VDM Metals, a producer of nickel alloys acquired in 2015 from ThyssenKrupp. Late last year, the firm agreed to sell VDM to Acerinox for €532 million.

Goldberg and Lindsay oversee a nine-person partnership team, most of whom have been with the firm for at least 14 years, according to the Pennsylvania PSERS report. They include John Aiello, Michael Dees, Eric Fry, Brian Kelley, Christopher Laitala, Jacob Lew and Russell Triedman. Stephen DeFalco, previously a partner, now runs Creation Technologies, his LinkedIn profile shows.

Lindsay Goldberg IV generated a net IRR of 32.1 percent and an investment multiple of 1.5x as of June 2019, according to a CalPERS report.

Lindsay Goldberg did not respond to a request for comment on this story.