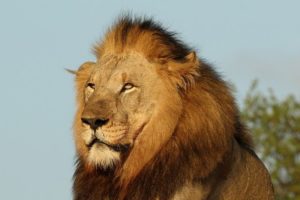 Lion Capital, which is managing out some struggling funds, is running a process to move two assets out of its second pool and into a continuation vehicle for more time to manage the businesses, two sources told Buyouts.

Lion’s process is one of several to hit the market this summer, preempting what many believe will be a crush of activity starting this fall. Some firms chose to go live with processes during the summer, even before second-quarter performance marks were out.

Lion’s deal would allow LPs in Fund II to cash out of their stakes in the two assets, or roll their interests into a continuation pool that will allow the manager to continue managing the assets, sources said.

Lazard is working as secondaries adviser on the transaction. No one from Lion Capital responded to several comment requests.

Fund II is not a strong performer. It was generating a -7.6 percent internal rate of return and a 0.7x multiple as of March 31, 2020, according to performance information from California Public Employees’ Retirement System.

The firm as well has struggled with its third fund, which closed on 1.5 billion euros in 2010. It was generating a 0.72x and -5.6 pct IRR as of March 31, 2020, according to performance information from Oregon Public Employees Retirement Fund.

The firm raised about $1 billion for its fourth fund in 2016, the firm said on its website. The gross asset value of Fund IV was about $198.2 million, according to Lion Capital’s Form ADV.

Lion has considered a fund restructuring process for Fund III in the past. It’s not clear if Lion ever moved forward with a secondaries transaction for that pool.

It also ran a single-asset process for French frozen-food retailer Picard out of its second and third funds in 2018. Lion worked with Lazard on the Picard secondaries process as well.

However, things are looking up as deals are coming online. GPs are more interested than ever in finding ways to extend holds over certain assets as exit timelines are pushed out because of the market havoc from the pandemic. The second half is expected to potentially be busier than prior years, Buyouts reported this week in our in-depth look at the secondaries market.