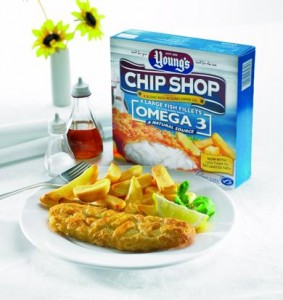 , the London-based private equity firm, is to acquire frozen food manufacturer the from buyout firm for £1.1bn in the largest UK LBO in 2008 so far.

FoodVest was formed in 2006 when CapVest combined portfolio businesses Young’s, Findus and the Seafood Company. It is now one of the largest frozen food manufacturers in Europe, with leading market positions in the UK, Scandinavia and France and growing presence in Central and Eastern Europe. It has over 6,000 employees across 21 facilities in 5 countries and in 2007 generated over £1bn in turnover.

Seamus FitzPatrick, chairman of the group and co-founder of CapVest, said: “This transaction marks the culmination of our strategy to build the UK seafood business we acquired in 2002 into a leading pan-European branded food group. We have driven a six-fold increase in earnings at FoodVest over our six and a half year period of ownership by investing in both organic and acquisition led growth.”

Lyndon Lea, partner at Lion Capital, gave an insight into the firm’s plans for the business: “Similar to the strategy we have pursued at our other market-leading food business, we intend to focus on FoodVest’s core strengths within the categories and markets in which it operates.”

This is the second acquisition Lion Capital has made this year. In June it acquired a majority stake in the Russian Alcohol Group, the largest producer of vodka and ready-to-drink alcoholic beverages in Russia, for US$156.5m.