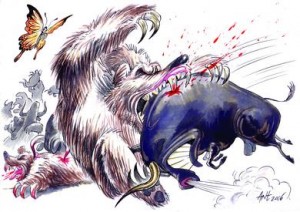 The cash flow, or rather cash clog, situation is compounded when private equity managers are expected to invest personally alongside their clients.

Sometimes managers have yet to realise gains on their previous investment and are forced to use loans to see them through this period, which come with interest charges and ultimately erode returns. Despite all the reporting requirements and regulatory rigmarole, listing provides cash for investment and allows private equity managers to diversify their personal assets.

But listing exposes businesses to a whole new set of risks, as Richard Li – the multi-billionaire chairman of Pacific Century Regional Developments (PCRD) – found out this summer. Daily volumes of shares traded in PCRD over the past year averaged 3.9m but on August 4, 2006, more that 15m shares changed hands. The high volume of trading was from hedge fund managers as PCRD was set to have a bidding war for its 23% stake in Hong Kong-based telecommunications company PCCW. Both the Australian investment bank Macquarie and TPG Newbridge, a US$3.2bn subsidiary of private equity firm Texas Pacific Group offered over HK$7bn. But both bids were rejected as Chinese protectionism prevailed. The eventual winner, with a bid of HK$9.2bn to be paid over the next two years, was former Citigroup investment banker, Francis Leung.

Unlike usual shareholders, hedge fund managers know how to assert minority shareholders rights. For this reason, Li agreed to pay minority shareholders a special dividend of HK$1.38bn in recognition that they failed to benefit from a contested bid situation. Hedge funds who were out to make a quick profit are now selling PCRD stock to ‘value managers’ that can afford to wait 18 months for a dividend.

Li has not said what he plans to do with the rest of the proceeds but there is speculation that he may turn PCRD into a buyout fund. The buyout market in Europe has been robust for some time but the amount of opportunity in Asia and the momentum behind that market may make it a stronger play.

Though Li’s experience can only be described as ‘unique’, it highlights the risks inherent in operating an investment company within the public market.

So will stories such as Li’s make private equity managers less likely to list on markets such as AIM? It is too soon to tell but savvy managers may think twice before alighting in a market full of hedgies and bulls and bears, oh my.