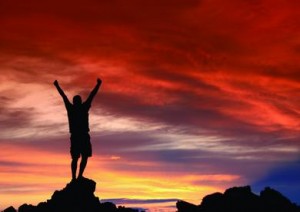 Littlejohn & Co closed a $360 million collateralized loan obligation to invest in leveraged loans — the first in its 19-year history — as private equity firms continue to move into the commercial lending business.

Littlejohn & Co tapped its Wellfleet Credit Partners unit, formed earlier this year, to manage Wellfleet CLO 2015-1. Proceeds from the issue of secured and subordinated notes will be used to buy a portfolio of $350 million of primarily senior secured leveraged loans, according to Fitch Ratings. About 94 percent of the portfolio consists of first-lien loans with “strong recovery expectations,” Fitch analyst Aaron Hughes said.

Brian Ramsay, president of Littlejohn, said in a prepared statement the CLO faced a “a volatile market environment” but received a strong reception.

Richard Maybaum, a Littlejohn partner, said in the statement that the firm “is already seeing the benefits of extending its reach into performing credit” as it offers a “performing credit investment product” to its LPs.

Fitch rated the CLO’s $215 million in Class A-1 notes an AAAsf, with a stable outlook. The AAA ratings present the lowest expectation of default risk, according to Fitch definitions. (The “sf” in the rating stands for structured finance). The CLO features a four-year reinvestment period and a two-year non-call period. Most of the other investments in the CLO also drew AAA ratings, although the CLO includes about $29 million in unrated, subordinated debt.

CLO issuance has been on the rise in recent years as investors seek yield in a flat interest rate environment. Private equity firms have been expanding into leveraged loans overall as traditional banks pull back in the post Dodd-Frank era. Z Capital floating a $401 million vehicle over the summer.

Typically Littlejohn invests in middle-market companies, with revenue ranging from $100 million to $800 million, “all facing the opportunities and challenges of significant change,” according to its website.