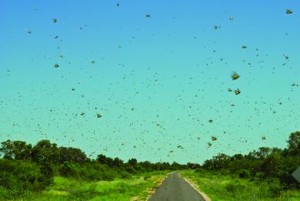 Germany has provoked a storm of controversy with its latest legislative changes. A new law will allow the government to block any unwanted foreign investors from buying 25% or more in a German company when “public order and security” are at stake. The restrictions have angered economists and private equity managers alike, and for many in the private equity sector, it remains to be seen who exactly the new law is referring to.

Under the revised legislation, the economics ministry will examine whether an investment is regarded as a threat to the country’s security if it comes from outside the European Union or the members of the European Free Trade Association.

The new rules are mainly aimed at cash-rich sovereign wealth funds from countries such as Russia, China and Gulf States who many fear will exert influence in these strategic sectors. According to Michael Wolff, co-head of private equity firm Robert W. Baird’s German office, sovereign wealth funds have been getting noticeably larger in recent years.

The latest numbers from the US Treasury Department confirm Wolff’s observation and estimate that sovereign wealth funds hold assets of between US$1.9trn and US$2.9trn and the International Monetary Fund predicts that the sum may reach US$15trn by 2015. With the availability of such high volumes of cash flows, at a time when credit is nowhere to be found, one must ask what the German government is so afraid of.

Julian Lemor, partner in law firm SJ Berwin, explains: “There is fear in particular associated with Russian and Chinese sovereign wealth funds. I think the government fears that the Chinese and Russians will leach Germany’s technology and leave companies bankrupt as they have in the past.”

Kerstin Kopp, private equity partner in law firm Clifford Chance agrees and says that a big fear among German politicians is that of the undemocratic Eastern countries, specifically Russia. “Germany does not want Russia to have influence over Germany’s infrastructure,” she says.

Not all are as critical of the changes. Doerte Hoeppner, managing director of the German Private Equity and Venture Capital Association (BVK), who advised the German Cabinet on the how the law should look, believes that any legitimate country should have the ability to say ‘no’ to an investor that they see as a danger. Reluctant to name names, she believes that the legislation is not aimed at private equity funds, once called locusts by Franz Müntefering from the Socialist Democratic Party in Germany, but at foreign investors in general.

But of these potential threats to German security, Lemor predicts that only 1% of sovereign funds will be viewed with such suspicion under the new legislation in Germany. Wolffe agrees and believes that the legislation will have little impact on the majority of funds investing in Germany.

In spite of the fact that few will be affected by the law, Lemor is critical of the changes. He believes the amendments are unclear as to where the real threat is. “It covers anything that could potentially be dangerous for German security, which could mean anything from kindergartens to private health care.”

Kopp agrees and believes that the problem with the legislation is that it is too vague. “Reputation-wise for Germany, this legislation is not a good sign. The US, UK and France already have this kind of legislation in place, but theirs is in a much more specific direction.”

Although the government is showing concern, many German companies are throwing caution to the wind and are happy to take full advantage of the liquid cash that can be achieved from sovereign funds. Siemens has recently held talks with sovereign wealth funds from the Gulf, Russia and other regions to expand its long-term investor base, the Financial Times reported.

Banks are also looking to the wealthy sovereign states. Germany’s third largest lender, Allianz SE’s Dresdner Bank was at the heart of another political debacle over sovereign wealth funds. China Development Bank (CDB) was recently the second bidder competing with Commerzbank AG to buy Allianz SE’s Dresdner Bank. According to Lemor, Allianz asked the German government whether there would be objections to a Chinese owner of a top ranking German bank, and the answer was yes.

As only 1% of funds will be restricted under the new legislation, Lemor advises foreign investors to look at the technicalities of the legislation and seek advice. He explains there will not be a large impact on Germany’s economy because investors will always invest in an attractive target. Kopp explains that although the legislation needs to be revised and made more specific, “if someone wants to invest in Germany then they will know that the legislation will only be used in rare and specific cases.”