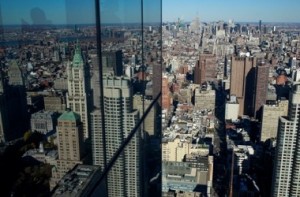 Arkansas Teacher Retirement System documents indicate Lone Star plans to hold a final close on April 14. The retirement system committed up to $30 million to the fund at its April 6 meeting. Oregon Investment Council recently committed up to $300 million to Fund IV in exchange for a “discounted management fee and higher return hurdle,” according to investment council documents.

Lone Star will invest Real Estate Fund IV in distressed and opportunistic commercial real estate debt as well as equity assets. The firm expects between 70 percent and 80 percent of the fund to go to European assets, according to Arkansas documents. The balance of the fund will focus on American and Japanese assets.

The firm’s $5.5 billion 2011 vintage fund, Lone Star Real Estate Fund II, had generated a 1.34x investment multiple and 25.5 percent internal rate of return as of Sept. 30, according to Oregon. Fund III, a $7 billion 2013 vintage fund, generated a negative 2.12 percent IRR as of the same date.

The expected close of Fund IV comes after a pair of successful fundraises for the firm, including its ninth flagship fund, which closed on $7.4 billion in August. In January, Lone Star closed its debut home mortgage fund on $1.34 billion.

The Dallas-based firm maintains offices throughout the United States, Europe and Asia.