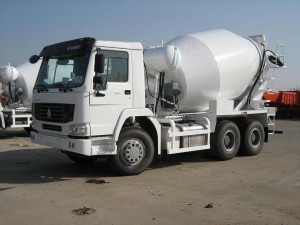 Lone Star announced plans to buy Hanson Building Products from Germany’s HeidelbergCement in December and closed the deal in March. The price came in at about 14x EBITDA, Berenberg analyst Robert Muir told Bloomberg at the time.

Irving, Texas-based Hanson moved to buy Cretex Concrete Products Inc from Cretex Companies, Inc. over the summer, in a move to expand its footprint in the upper Midwest from its core base in the Canada, the U.K. and the U.S., Moody’s said. A spokesman for Lone Star declined to comment about the Cretex deal. Hanson didn’t return an email.

Moody’s said plans by Stardust Finance Holdings, the legal entity for Hanson Building Products, to raise its incremental term loan due 2022 by $240 million to finance the acquisition of Minnesota-based Cretex Concrete Products had no impact on its debt ratings.

After the deal for Cretex, Hanson’s pro forma adjusted Debt/EBITDA at closing will exceed 5x, reflecting increased leverage, Moody’s said. The company’s debt level is expected to remain at 4.5x EBITDA by the end of 2015, but on the plus side, it’s facing positive economic trends.

“Hanson is set to benefit from improved conditions in the residential and infrastructure construction sectors both in the United States and in the United Kingdom, which should translate into higher top line and EBITDA margins over our time horizon,” Moody’s analyst Al Urbina said in a Sept 7 research note.

Hanson Building Products received clearance from the Federal Trade Commission on Sept 14 for its pending acquisition of Cretex Concrete, according to a filing. Hanson used an entity called LSF9 Stardust Holdings in its application with antitrust regulators. LSF9 appears to be a reference to Lone Star Fund IX, the Dallas firm’s most recent flagship fund, which raised $7.4 billion in 2014.

Moodys kept its ratings of B2 with a stable outlook. Obligations rated B are considered speculative and are subject to high credit risk, according to Moody’s definitions.