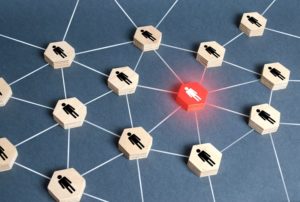 Altas Partners, a pioneer of long-hold investing, added to its bench strength with the hires of senior professionals from Hellman & Friedman and Cinven.

The Toronto private equity firm this week announced recruiting Paul Emery and Michael Korzinstone as partners, boosting the size of its leadership team to 11 from nine.

Emery joins from H&F, where he was a director. He worked there for 12 years with a focus on investing in healthcare, insurance, business services and other sectors, and representing H&F on the boards of several portfolio companies, including insurer HUB International, also backed by Altas.

Korzinstone hails from Europe’s Cinven, where he worked for more than five years as a senior principal. Operating from Cinven’s New York office, he was a founding member of its North American investment team. Before, he was a principal with Silver Lake.

Emery and Korzinstone are part of a recent flurry of new hires by Altas. This has happened alongside the marketing of a third flagship offering, Altas Partners Holdings III, which is targeted to bring in $4 billion to $5 billion, Buyouts reported last year.

At present, Altas is investing from Fund III’s predecessor, Altas Partners Holdings II, wrapped up in 2019 at $3 billion.

Founded in 2012 by CEO and managing partner Andrew Sheiner, a former Onex executive, Altas was designed to make control investments in hard-to-replicate businesses. Unlike traditional PE firms, which hold portfolio companies for three-to-five years on average, it invests with an indefinite horizon, owning assets long enough to generate optimal value.

Altas selects only one or two North American companies for acquisition per year, typically investing $400 million to $1 billion or greater in each. It sources opportunities over a lengthy period of time in three areas: services, specialized industrials and healthcare.

Altas was an early adopter of long-term investing, a trend that has since grown in popularity in the PE industry.

Another player in the space is KKR, which is raising a second flagship offering with a target of $16 billion. If KKR Core Platform II meets that goal, it will be the largest long-hold fund on record.

Since inception, Altas has made 10 platform investments. Its most recent, announced in mid-2021, is Pye-Barker Fire & Safety, a fire protection services provider to US commercial end-markets. Another investment, Tecta America, a US commercial roofing contractor and consolidator, last year secured the backing of Leonard Green & Partners.

Other senior members of Altas’s team are managing partners Scott Werry and Christopher McElhone. The firm is chaired by Kathleen Taylor, ex-CEO of Four Seasons Hotels and Resorts.