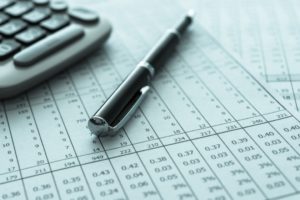 Los Angeles Fire and Police Pension System may have just approved a proposed budget for the 2020-21 fiscal year with additional estimated fees for its private equity program, as Buyouts reported, but chief investment officer Tom Lopez said the pension’s private equity program is a bit up in the air amid the coronavirus crisis.

“Think of the budget as really just an estimate of what’s going to happen in the future, and the future’s uncertain,” Lopez told Buyouts in an interview.

Lopez said some of the GPs in the system’s portfolio are putting off fundraising for now. But there are other concerns as well that are hard to predict at the moment.

The denominator effect, which Buyouts has covered, happens when a decline in public equities causes illiquid private asset allocations to become larger than an investor’s policy.

“We were projecting $550 million to $650 million in terms of new commitments, but that might not happen,” Lopez said. “When next fiscal year rolls around we might be saying okay, well we’re over our private equity [allocation], so instead of investing $500 million, we invest $350 million or $400 million.”

He stressed that at this point there was no way to know, though.

“Private equity quarterly numbers come in a couple of months late, and so while our other asset classes we can value on a daily basis, we can’t do anything about those. So, there’s big lag involved,” he said. “We don’t have anything definite to work with yet.”

Lopez said LAFPP is hearing a lot from its GPs, echoing what Buyouts has reported.

“We’re getting communications from a lot of our GPs, I mean, literally they’re coming in every day,” he said. “The main concern there is liquidity for the underlying investments they’ve made. So, they’re checking credit lines, some of them are telling the companies to draw down on their credit lines or activate revolvers that they already have in place. They don’t know what’s coming, so they’re figuring more money lying around is better than less.”

LAFPP is not worried about having to modify its $2.5 billion private equity portfolio via the secondaries market, at least for now, Lopez said. As of February 29, the pension’s portfolio was underweight, taking up 10.76 percent of the portfolio against a 12 percent target.

Also, Lopez was comfortable with the $1.3 billion in cash the pension had on hand, which he said could handle over a year’s worth of pension rolls.

Lopez said that in a situation like this, distributions usually “dry up,” but that he was not worried about drawdowns from GPs.

“In past crises or recessions…there’s this theory out there that you see more capital calls,” he said. “That hasn’t been our experience. I would say we would continue to see a normal amount.”

Primarily, though, Lopez stressed it was hard to know much yet.

“All these are moving puzzle pieces that literally change day by day,” he said.