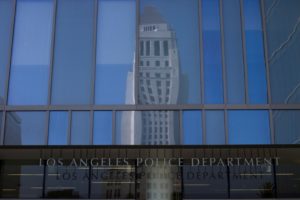 The board of commissioners for Los Angeles Fire & Police Pension System rejected a staff proposal earlier this month that would have given the system’s general manager more power to approve secondaries transactions.

GP-led secondaries have become a popular way for firms to hold successful investments for longer than the term of a typical private equity fund. Typically, an asset or assets will be shifted from the original commingled fund into a special purpose vehicle.

In these transactions, LPs are offered a choice between cashing out their holding in the original fund or rolling it over into the new vehicle, sometimes with an additional capital commitment. Often, these transactions happen quickly relative to other private equity investments. A staff memo said it was often 20 business days at most.

In a proposal to the board at its May 6 meeting, staff asked for the fund’s general manager to be given the discretion to approve rolling over the fund’s assets into a new vehicle and to commit up to $7.5 million into the new fund, in consultation with the fund’s private equity consultant, provided the board is promptly notified.

“We anticipate an increase of these transactions,” said investment officer Derek Niu. “This would allow us to avoid getting stuck with just a sale option when there’s not enough time to present it to the board.”

The board was not receptive to the proposal.

Buzzell went on to say that 20 business days, about a month, was plenty of time for the board to give its approval, and that the board could always have a special meeting.

“I understand why staff is bringing this forward, and I’m grateful that you’re trying to make our jobs easier, but this is one of the ones that we should probably keep at the board level,” said board president Brian Pendleton.

After the board rejected the proposal, chief investment officer Tom Lopez said he understood the board’s position, but added that 20 business days is “on the long end” for how much time the pension is given to make a decision.

“We’ve had several close calls already,” Lopez said. “Hopefully we won’t have a need for many of these special meetings, but at some point there will be the need for them.”

“I’ve been on this board for five or six years now, and I think think I’ve only experienced one or two special meetings,” Pendleton said. “I imagine if the special meetings became so frequent that we were unable to fulfill our duty, there might be a different outcome.”

According to the staff memo, LAFPP rolled over commitments from six funds and either sold or is selling interests in 11 others. It rolled over just over $35 million in capital since 2019 and made additional commitments of just over $2 million, with $1.5 million of that coming in 2019 and $685,000 in 2020.

At the same meeting, the board also dismissed a separate staff proposal that would have allowed the general manager to approve contracts with new investment managers, provided the teams managing a specific fund do not change and the city attorney approves it. Board members felt the change was unnecessary and also not appropriate for similar reasons.