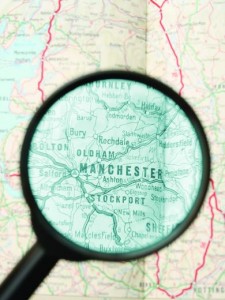 A study has suggested that mid-market private equity deals are starting to be affected more significantly by the credit crunch as the year-long banking crisis continues to bite.

Data from the Centre for Management Buyout Research (CMBOR) show that the value of deals across North West of England in the three months to end-June were, at £210m, less than half the value seen in the first quarter of the year.

Before the end of the tax year, many vendors of private businesses were keen to sell before new tax rules effectively increased the rate of capital gains tax by 80%. This saw deals worth £535m completed in the region during the first quarter.

A record number of deals worth less than £10m were completed at the start of April in the week before the tax rules changed. That gave a fillip to the beginning of the quarter in this range. In all, 24 deals worth £41m were completed in the second quarter with values below £10m.

The number of deals between £10m and £50m also doubled in the second quarter to six worth £169m, against three in the first three months of the year with a value of £76m.

John Walker, director of Barclays Private Equity in the North West, said: “Smaller deals have flourished, largely ahead of the changes in capital gains tax. Whether these changes have served to disguise a slump at the lower end of the market will be evident in the quarter three data.”

However, looking ahead, Paul Lupton, corporate finance partner at Deloitte, which sponsored the research with Barclays Private Equity, did not see any immediate signs of a recovery, saying: “I would be surprised to see the market pick up significantly in quarters three and four.”

He added: “While buyers have adjusted their prices down since the credit crunch first hit, vendors have still not caught up, causing delays in the deal process.

“Funders are also conducting more due diligence to ensure the viability of each opportunity, which takes more time and increases the risk of new issues arising or deal fatigue setting in.”

More optimistically, he said that business services would continue to see significant levels of activity, as this sector had “a degree of insulation from a consumer downturn” and could benefit from companies cutting costs and outsourcing more services.

In addition, he said that smaller manufacturing deals, with nine worth £36m completed in the second quarter, could attract more interest from private equity, with such financial buyers attracted by the sector’s “inherently solid cashflows and less volatile operating environment”.

Barclays’ Walker cautioned that “we should expect to see continued sluggish behaviour in the market as private equity houses struggle to deploy resources as fewer UK businesses put themselves up for sale”.

He added: “It has steadily been getting quieter since April and I expect deal volumes to be fairly flat for the rest of the year. Unless you have a compelling reason to sell, such as being in the oil and gas sector, there is no reason to market a transaction at present.”

Deloitte’s Lupton agreed, saying: “We have several clients in the retail space who were investigating transactions but have decided to wait and sit things out as the markets are not right at the moment.” Deloitte is also working on two potential buyouts.

Funding transactions remained problematic. “Banks do not want to hold more than £25m worth of debt on their own balance sheets at the moment. This means deals larger than that require clubs of banks,” said Walker.