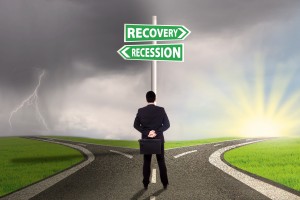 Limited partners in private equity firms hold a record $800 billion in dry powder in North America, but worries about a downturn in the economy are at comparable levels measured prior to the Global Financial Crisis, according to an annual survey by Probitas Partners, a placement firm.

“People feel like we may be at the top of the cycle,” Kelly DePonte, managing director at Probitas Partners, said in a phone call. The fear runs across geographies and across different types of investors, he said.

“Concerns about too much money coming into the market were among the top issues in both 2007 and 2016,” the study said. “Investors are now concerned that purchase price multiples for middle-market buyouts are too high …leading to concerns for future returns.”

Asked what keeps them up at night, 51 percent of LPs surveyed agreed with the statement: “Too much money is pursing too few attractive opportunities across all areas of private equity.” Back in 2007, most LPs surveyed (51 percent) agreed that: “Management fee levels and transaction fees on larger funds are destroying alignment of interest.”

On a similar note, 49 percent of LPs agreed that the “current private equity market feels like it is at the top of the cycle.” Back in 2007, 48 percent of LPs agreed with the statement: “The amount of leverage in the buyout market is unsustainable and over the next two years credit problems will hurt performance of recent vintage funds.”

North American LPs currently hold more than $750 billion in dry powder, up from about $600 billion at the start of 2014. The dry powder could put more pressure on fund managers to put capital to work at what may turn out to be the peak of the market cycle, the study said. Undrawn commitments have increased over the last two years to an all-time high of $1.3 trillion.

LPs remain most interested in North American middle-market buyouts of $500 million to $2.5 billion, the most popular response out of 26 fund types.

Out of the 104 LPs that participated in the survey, 76 percent said they plan to focus most of their attention on investing in U.S. middle-market buyouts in 2016, that’s up from only 49 percent in 2007.

Probitas said $250 billion was committed to global private equity partnerships in the first three quarters of 2015, compared to $372 billion for the full year of 2014 and $371 billion in 2013. While fundraising slowed in the third quarter of 2015, a boom in fourth-quarter fundraising, which took place in the last two years, could bring the full-year total up to 2014’s level, the survey said.

Editor’s note: This story was edited for style and clarity after it was first published.