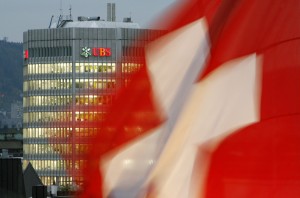 , a Zurich-based fund of funds, is scouring the U.S. buyout arena for mid-market for firms with novel strategies that target the Midwest and the south-central regions of the United States.

Professionals at such firms stay closer to target-company executives and therefore depend less on bankers to bring them deals, Varun Sood, a managing partner at Capvent, told Buyouts. “Wall Street [buyout] firms are a little more investment banking focused,” Sood said. “The greater opportunity is in the heartland of America.”

In particular, Capvent executives are drawn to funds that use modest amounts of leverage to buy fast-growing companies in business services, health care outsourcing and industrial sectors. They also like funds that acquire family-owned businesses whose aging owners are looking for an exit but don’t have anyone in the family to take over, Sood said.

Capvent, which also has an appetite for backing regional funds in India and China, intends to commit between $300 million and $400 million in some 15 to 20 funds in 2010. Expect the firm to spend $100 million to $150 million of that pool on about eight U.S.-based funds.

Founded by Managing Partners Sood and Tom Clausen in 2000, Capvent employs 26 investment professionals in offices in Zurich, Chicago, Bangalore, Bombay, and Shanghai. Sood previously worked at ABN AMRO, where he helped arrange financing commitments for buyout firms and strategic investors doing deals in the telecom, media and technology sectors. Clausen earlier worked at Société Générale, where he was responsible for investing bank money, alongside sponsors, in the buyouts of small and mid-market companies.

The firm has backed 89 funds and, although they include ones managed by mega-firms , The , and ., the majority of its commitments have gone to funds of less than $500 million, Sood said. About 35 percent of its investments are in Europe-based funds, about 30 percent in U.S.-based funds, and about 25 percent in India and China-based funds.

In scouting out opportunities in the United States, Capvent executives look for mid-market buyout teams with a balance of financial expertise and hands-on operational experience, Sood said. They favor firms that don’t rely heavily on leverage for returns, that stick to the strategy they promote in their PPMs, and whose partners put a signficant amount of their own cash on the line. In fact, Sood said, the firm doesn’t take a firm seriously if contributions from its general partners don’t account for at least 2 percent to 3 percent of the fund.

Capvent is particularly receptive to forming new relationships with firms it hasn’t backed before, including first-time funds. Of the 89 funds in its portfolio, about 75 of them represent new relationships. At the same time, Sood said that he and his colleagues are particularly critical of firms that raise dramatically larger funds than in the past: Such firms, he said, spend too much time exploiting a hot fundraising cycle when they should be concentrating on investing. “We want to know: Is the strategy still relevant? Has there been style drift?” Sood said. “We don’t just look at returns. We look at the prospect for future returns.”

Sood declined to discuss particular mid-market, Midwestern-based funds Capvent has previously supported. However, according to data provider CapitalIQ, the firm has invested in funds managed by , a Chicago-based firm that provides mezzanine financing to mid-market companies.

Capvent receives about 800 invitations per year to invest in funds. Of those, the senior team meets with about 250 fund managers a year. For funds that make it to the advanced stage of due diligence, Capvent professionals analyze the firm’s portfolio companies, including their sales, debt and EBITDA; what improvements the firm made at the company; how firm executives found the deal; whether the investment rationale synched with the fund strategy; what types of challenges the fund faced; how much risk the fund managers took; and whether exits the firm highlights stemmed from skill or good luck. Capvent executives also interview portfolio company management, co-investors, and limited partners (if any). For first-time funds, Capvent professionals conduct a similar investigation of how the managers performed in their previous setting. Following this process, Capvent sends a questionnaire to the prospective GP to fact-check information and ask final questions.

The strategy has so far helped Capvent generate impressive returns. With 89 fund investments, the firm has generated a 44.1 percent gross internal rate of return and a 1.7x gross realized multiple as of June 30, according to Capvent marketing documents. Its 12 investments in India-based funds have been particularly lucrative, generating a 90 percent gross IRR and a 2.7x gross realized multiple.