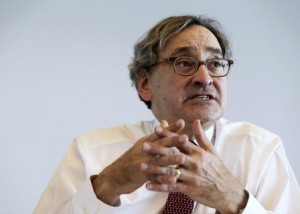 Andreas Beroutsos, who heads the Caisse’s global private equity group, said the portfolio would increase from C$22.4 billion today to about C$35 billion over the next four to five years. It will be achieved to a significant extent by earmarking more dollars for solo deals, co-sponsorships and co-investments, he said.

The decision stems from the growing size of the Montréal-based pension fund manager, which reached C$225.9 billion in net assets at the end of 2014.

“The size of the Caisse is such that we require a different strategy to ensure a substantial increase in investment volumes in the future,” Beroutsos said. “To do this, we will need to focus more on illiquid assets and grow the amount of money going to both direct investing and fund investing.”

The Caisse has already started rebalancing its private equity portfolio toward direct deals. In year-end financial statements released in February, it noted that the portfolio’s weighting of external funds fell from 68 percent in 2009 to 44 percent in 2014.

Beroutsos said the change was gradual and reflected the comparatively stronger performance of direct investing over time. Savings incurred through reduced fee payments to funds contributed to this result, he said.

The private equity portfolio as a whole generated an annualized return of 13 percent over the last four years, adding a net of more than C$9 billion to the Caisse’s assets, the financial statements showed.

Looking ahead, Beroutsos said that Caisse’s private equity strategy would target overall returns “in the mid-teens” and focus on direct activity that makes less use of debt than is usual in buyout transactions. To support a continued emphasis of direct deal-making, the Caisse is increasing the size of its investment team, adding to operational resources and opening more foreign offices.

Beroutsos said the Caisse recently recruited half a dozen investment professionals for its offices in Montréal, New York and Singapore. Further building of global teams will aim to reinforce capabilities, including “deep sector expertise” and “an ability to be active owners” of acquired companies, he said.

Beroutsos, who previously held senior positions at One Point Capital and Eton Park Capital Management, joined the Caisse in May 2014 to oversee global private equity and infrastructure investments. The hire was part of a reorganization intended to strengthen the Caisse’s presence in international markets.

During Beroutsos’s tenure, the Caisse has been a key player in high-profile club deals, including the BC Partners-led acquisition of U.S. specialty pet retailer PetSmart for $8.7 billion, one of the biggest leveraged buyouts this year. As part of that deal, the Caisse takes two seats on PetSmart’s board of directors.

The Caisse also recently teamed up with Hermes to buy a stake in the Eurostar rail link for about $900 million.

And last November the Caisse and the Canada Pension Plan Investment Board helped fund the $1.3 billion purchase of Parsons Brinckerhoff by WSP Global, a Canadian professional services firm.

There will be “more such deals in the near future,” especially where the Caisse is able to work with “partners whose interests are aligned,” Beroutsos said.

However, the Caisse “will not be looking to do the vast majority of global investments on its own,” he added. It will continue to be a leading LP and deploy substantial sums to fund partners, often to gain access to specific markets and opportunities. That is in line with the Caisse’s integrated approach to making direct and fund investments, Beroutsos said.

Last year the Caisse was ranked in the top 10 of Private Equity International’s PEI LP50, a list of the world’s largest LP organizations.