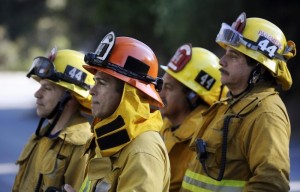 The Los Angeles Fire and Police Pensions (LAFPP) stuck with a tried and true game plan for its private equity portfolio in 2015.

The $18.8 billion pension is focusing its efforts on middle-market buyout managers, with select investments in large buyout and venture capital funds, as well as middle-market debt and international vehicles.

Those objectives are roughly similar with what LAFPP’s consultant, Portfolio Advisors, recommended for the similarly sized Los Angeles City Employees’ Retirement System. Other, larger pensions like the State of Wisconsin Investment Board and California State Teachers’ Retirement System have also emphasized middle-market buyout strategies with their programs.

Unlike many public pensions, however, LAFPP’s mature and highly diverse portfolio already adheres to many of the tenets set by its objectives, thanks largely to careful manager selection over the last half decade, according to pension documents. A consistent commitment pace, along with a focus on middle-market buyout funds, helped LAFPP steady its portfolio following the financial crisis.

In prior years, particularly around the crisis, LAFPP would commit as much as $400 million one year and $65.5 million the next, according to retirement system documents. The system’s commitment pace has been relatively steady since then, hovering around $200 million to $300 million per year. (LAFPP will likely commit between $300 million and $350 million this year.)

“By maintaining a regular pace of commitments over multiple years, LAFPP will avoid over-exposure to high-priced markets and under-exposure to more attractive pricing environments,” according to the report.

The pension developed a fairly diverse portfolio over that period as well.

Buyout funds represent 46 percent of LAFPP’s private equity assets, with the remaining 54 percent split roughly between interests in venture capital and special situations funds. Of the $1.77 billion the pension allocated to buyouts since launching its private equity program in 1996, more than two thirds ($1.2 billion) went to middle-market funds, according to pension documents.

All told, middle-market buyouts are the largest component of LAFPP’s private equity strategy, accounting for approximately a third of its $1.5 billion value.

Its commitments to those funds netted a 12 percent return since inception, surpassing the 11.1 percent netted by the portfolio in its entirety, according to aPortfolio Advisors report.

It is not surprising, then, that two of its five largest GP relationships are with middle-market stalwarts ABRY Partners and GTCR. LAFPP has five commitments with ABRY, totaling $135 million, which have netted 15.2 percent since inception. Its six allocations to GTCR funds, totaling $82 million, have netted 15.5 percent since inception through March 31, according to the report.

The retirement system also has significant exposure to funds managed by Ares Corporate Opportunities, Insight Venture Associates and Institutional Venture Partners, which round out its top five largest relationships. Los Angeles Fire and Police’s 24 commitments to those five firms netted an aggregate net IRR of 16 percent and a return multiple of 1.54x as of March 31, outperforming the retirement system’s portfolio.

The one area where LAFPP may look to improve its portfolio in the coming years is in its exposure to international funds. Its private equity program remains U.S.-centric, with just 23 percent of its portfolio invested in foreign assets, according to the report. That’s on the lower end of 15 percent to 35 percent Portfolio Advisors typically recommends for its clients, according to the report.

The pension plans to invest selectively in European and Asian markets, but it is unlikely to invest in “less proven markets,” according to the report.

LAFPP General Manager Ray Ciranna did not respond to a request for comment.