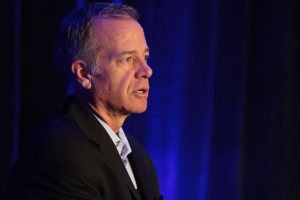 The plans were laid out by TorreyCove Capital Partners, the the retirement system’s advisor, in an audio recording of its Feb. 4 investment council meeting.

“One area that we’re working hard on is the growth segment,” TorreyCove Managing Director Tom Martin said in the meeting. “There are some active opportunities in the pipeline that we think are pretty additive and could help to build out that exposure.”

Focusing on individual sub-sectors will “drive value on the margins” for Oregon’s portfolio, Martin said.

Oregon holds roughly $170 million of its portfolio in growth equity funds, which typically invest in minority stakes of emerging companies. The growth component of Oregon’s private equity portfolio accounts for 1.1 percent of its $22.6 billion market value. The retirement system set a 5 percent to 10 percent target for the sub-sector within its private equity portfolio, according to an investment report from TorreyCove.

The TorreyCove report includes details of Oregon’s private equity commitment pace for 2015. The retirement fund will commit up to $2.4 billion in private equity this year, though the current deal environment and general partners’ pushback on certain fund terms could cause Oregon to undershoot its $2.4 billion pace.

“If anything, we may do less as valuations are high and terms and conditions tight,” CIO John Skjervem told Buyouts in an email in early February. He said the $2.4 billion figure is “our base-case projection, but the most likely ‘miss’ would be less not more.”

The retirement fund withdrew from previously approved commitments to Littlejohn Fund V, Sofinnova Venture Partners IX and Warburg Pincus Energy in 2014 because of disagreements over terms. Skjervem could not be reached for further comment.

Given the scope of its private equity program and the size of its typical commitments, the bulk of Oregon’s portfolio is invested in upper middle-market or mega-buyout funds. The retirement fund committed $2.8 billion to private equity funds last year, more than half of which went to vehicles that will invest in larger deals. Accessing in-demand small and lower middle-market managers can be difficult for LPs of Oregon’s size, as commitments to those funds tend to be much smaller.

That said, Oregon’s ability to write large checks helped secure relationships with some of the industry’s most prominent firms. Oregon counts Kohlberg Kravis Roberts, TPG and Apollo Global Management as its three largest relationships, in terms of exposure. Providence Equity Partners, Oaktree Capital Management and Vista Equity Partners also rank within the top 10, according to the TorreyCove report.

“We’ve gone a long way towards the goal we started last year – of consolidating the portfolio and making larger commitments to what we think are the strongest partners moving forward,” said an unidentified Oregon staffer during the Feb. 4 meeting.

Oregon’s portfolio has netted 11.9 percent since inception. The retirement system has committed $29.2 billion to the asset class since launching its private equity program in 1981.