The decision to allocate larger commitments to fewer managers stems in part from Walden-Newman’s background as CIO of the Wyoming State Loan and Investment Board, an $18.7 billion investment fund with a $318 million private equity portfolio. The bulk of that private equity portfolio was managed by fund-of-funds firms such as Cheyenne Capital, Hamilton Lane and Neuberger Berman, according to state documents.

“Part of it’s a personal past, where, in my prior life … my minimum investment was $150 million to $200 million across all asset classes,” Walden-Newman said. “That’s the prism through which I see private equity.”

The state’s pacing plan for 2015 calls for five new commitments totaling $150 million, a slightly higher dollar amount than the $135 million the investment council allocated to private equity in each of 2013 and 2014, according to a private equity report compiled by consultant Aon Hewitt in May.

Directing larger commitments to a smaller group of managers would create “a higher conviction portfolio than we [had] in the past,” Walden-Newman said. “We don’t need to overhaul completely, but we would tweak it.”

The annual commitment pace will move up to $175 million per year from 2016 through 2019, then up to $200 million per year in 2020, according to the Aon Hewitt report. Pacing plans are subject to change as market conditions, opportunities and cash flows fluctuate.

In addition to concentrating the portfolio around core managers, Walden-Newman also plans on building the system’s capabilities around due diligence and fund tracking, working in tandem with Aon Hewitt.

“The more time you can take on the front end, the more you get on the hind end,” he said.

According to the consultant’s report, Nebraska may consider re-ups with managers such as Accel-KKR, Leonard Green & Partners and Lightyear Capital in the next year, though Walden-Newman said he would also seriously consider forming new relationships with general partners.

“We’re monitoring firms, existing managers … to get a gauge of when they might be coming,” he said. “My phone’s ringing? I’m picking up.”

Given Walden-Newman’s fund-of-funds approach at Wyoming, answering GP phone calls will help him acclimate to Nebraska’s historical approach to the asset class. Though the Cornhusker State is a relative newcomer to private equity, having launched its program in 2005, it quickly established a solid and diverse portfolio of commitments directly into private equity funds.

In addition to its early commitments to traditional buyout funds, Nebraska also developed an appetite for venture capital, growth and special situations funds, which account for more than a third of its commitments, according to state documents.

The investment council committed $383 million to the asset class between 2005 and 2008 before dropping its pace well below $100 million per year during the financial crisis, when the struggling economy led many public pensions to pull back from the asset class.

As the recovery gained momentum in 2012 and 2013, Nebraska began to dedicate more of its capital to the asset class, allocating heavily to funds focused on energy, Europe and the middle market, according to the Aon Hewitt report.

Nebraska had a 4.2 percent allocation to the asset class as of Dec. 31, slightly below its 5 percent target, according to the Aon Hewitt report. The portfolio was valued at roughly $582.4 million. 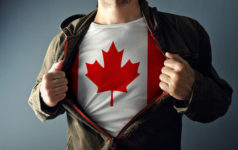 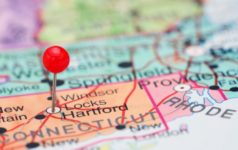 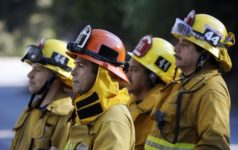