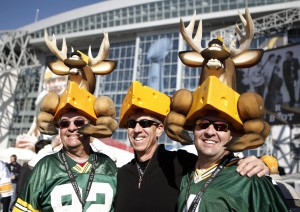 Aside from the Green Bay Packers, Wisconsin is also home to 65-year-old State of Wisconsin Investment Board, which manages nearly $100 billion in pension assets.

As far as distribution percentage (cash out divided by cash in) goes, 2001’s Lone Star Fund IV topped the chart by producing a 232.8 percent distribution.

EnCap Investments’ Flatrock Midstream Fund III was next with a 58.2 percent IRR. Cortec Group’s Fund V came in third, with a 52.1 percent IRR.

Lone Star and Wind Point are the only firms with multiple funds across both top five lists.

All told, Wisconsin’s PE portfolio has about $11.5 billion committed across 184 active funds. Those funds combined have drawn down more than $9.1 billion and realized $7.5 billion – an overall 82 distribution percentage – as of Dec. 31, 2015.

A voter casts his ballot in the Wisconsin presidential primary election at a voting station in Milwaukee on April 5, 2016.  Photo courtesy Reuters/Jim Young