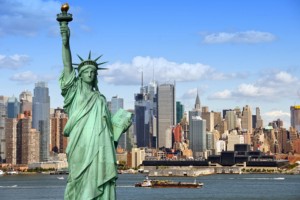 Over the course of 2015, New York City Employees’ Retirement System’s private equity portfolio realized $855.9 million in distributions. The windfall for the Big Apple’s largest pension was led by Blackstone Group and Nautic Partners.

Nautic Partners VI finished second in total distributions, while leading in distribution percentage (cash out divided by cash in). The 2007-vintage returned $34.6 million and 103.7 percent of its contributed capital, while being the only firm to have a fund appear on both lists.

Coming third in percentage was Apollo Global Management’s Investment Fund VII. The 2008-vintage generated an 84.6 distribution percentage and the highest IRR of either top-five list, at 24.8 percent.

All told, NYCERS’s PE portfolio has about $8.1 billion committed across 150 active funds. Those active funds have combined to draw down more than $6.1 billion and returned nearly $4.7 billion in cash out as of December 31, 2015.