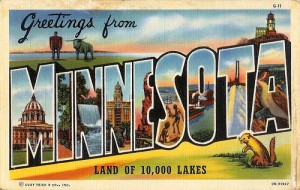 For the first time, Minnesota State Board of Investment made its investment data available to the public, and Thoma Cresseyand Lexington Capital Partners boasted the top performing private equity funds for the pension.

Leading by distribution percentage (cash out divided by cash in) is Thoma Cressey Fund VIII. The fund, from 2006, produced a 325.4 percent distribution.

As far as IRR goes, Lexington Capital Partners VIII was the cream of the crop. The 2014 vintage has an IRR of 45.4 percent.

Blackstone’s Strategic Partners VI took the silver for IRR by putting up 42.2 percent.  Blackstone took third place as well, with a 37.1 percent IRR for its fourth Capital Partners pool. The fourth pool was also the only fund to appear in the top five of both lists by having a 247 distribution percentage.

All told, Minnesota’s PE portfolio has about $19.1 billion committed across 200 active funds. Those active funds combined have drawn down more than $13.5 billion and realized almost $13.3 billion – an overall 98.3 distribution percentage – as of March 31, 2016.