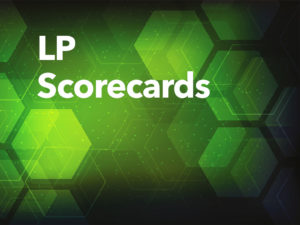 Teacher Retirement System of Texas brought in more than $125.8 million in capital distributions from its 2016 investments. That year, the pension committed to 22 PE funds, the most within one year.

The 22 investments produced a median IRR of 15.89 percent and a median investment multiple of 1.12x.

TPG led all funds in capital distribution with $58 million, nearly four times as much as the next largest distribution. Texas TRS contributed 98 percent of its commitment, $73.5 million of $75 million, to TPG’s co-investment vehicle. The fund produced the only investment multiple to reach more than 2x and had an IRR of 46.19 percent.

Apollo’s co-investment vehicle also received 98 percent of the pension’s commitment. The system contributed $125.1 million of its $126.9 million pledge, which produced the highest IRR at 55.4 percent. The fund had an investment multiple of 1.86x.

Texas TRS made two commitments of at least $450 million.

Permira received the largest commitment at $457 million. The pension contributed close to a third of its commitment, $144.5 million, which produced an IRR of 16.83 percent.

At $450 million, Blackstone was a close second in commitment size. Texas TRS contributed $116 million to Blackstone’s seventh flagship and received $6.5 million for an IRR of 16 percent.

All available numbers for Texas TRS go back to 2000. Since then, Texas TRS has received $24.5 billion in capital distribution from $35.2 billion commitments across all PE funds.