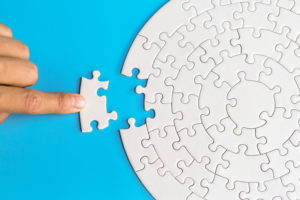 It appears GP staking is catching on with LPs.

In its Global Private Equity Barometer Summer 2022, Coller Capital found 47 percent of LPs surveyed currently invest, or are planning to invest, in funds that buy long-dated minority interests in private equity and other alternative assets managers. This is up from 36 percent four years ago.

This is notable considering the strategy is still relatively new. While GP staking has long been happening informally, today’s industry of dedicated funds is roughly a decade old.

But once GP staking took off, it did so with a vengeance. Over the past five to eight years, a large number of PE management firms sold pieces of themselves to fortify balance sheets and finance priorities like commitments to offerings and growth initiatives.

In fact, GP stakes funds were so active, some thought the market was becoming saturated. This raised a concern for the fledgling strategy’s adherents, not to mention LPs, as it indicated there was a ceiling on the size and scope of the opportunity set that might soon be reached.

This argument was made in Bain & Company’s Global Private Equity Report 2019. It questioned how much opportunity was left when the population of “most obvious candidates” was shrinking. Skeptical noises came from others as well, many saying the main target of leading GP stakes funds – big, brand-name PE shops – was almost fully tapped.

The saturation thesis is rooted in estimates of the investable universe according to the number of available targets. Recently, Michael Rees, head of Dyal Capital, Blue Owl Capital’s GP stakes platform, took issue with this view. He said calculating market size by enterprise value is more accurate because it takes in not only new investments but re-ups.

Seen in this light, the investable universe for GP staking is expanding faster than GP stakes funds can deploy capital, Rees told Buyouts. He expects it will grow to about $749 billion by 2025.

In addition, GP stake funds believe there are corners of the market that remain largely underserved. One strong prospect appears to be mid-market firms. The space is favorable, a 2020 Pitchbook study found, because there are far more sellers than buyers.

Not surprisingly, a fresh crop of funds has emerged with a mid-market strategy, such as Azimut Alternative Capital Partners, Bonaccord Capital Partners, Hunter Point Capital and RidgeLake Partners. Another is the Strategic Capital Group of alternative assets giant Investcorp, which earlier this year closed its inaugural GP stakes offering.

Investcorp’s strategy – led by Anthony Maniscalco, former co-head of Anteil Capital Partners, Credit Suisse’s GP stakes platform – is to acquire minority interests in a range of GPs, including those specializing in private equity, private debt and real estate. A key focus is mid-market opportunities, typically growth-oriented managers with assets of $1 billion to $10 billion.

Investcorp’s debut fund, set to make 10 to 12 investments, has so far accounted for nine. Three of them made over 2020-21 are disclosed – Centre Lane Partners, EagleTree Capital and Marblegate Asset Management. The vehicle has also backed Artemis Real Estate Partners and Warwick Capital Partners, sources said.