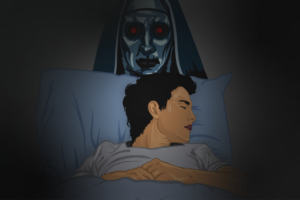 By Chris Witkowsky and Justin Mitchell

An area of concern among many in the market downturn is the amount of capital GPs have extant in credit facilities that fund investor capital calls for a period of time.

The use of such lines exploded over the past few years, ostensibly as a way to smooth out the process by which GPs call capital from LPs, which usually only gives them a few days or weeks to comply. Anecdotally nearly every middle market private equity firm uses capital call subscription lines, sources have told Buyouts in past interviews.

At this level, a massive calling in of the credit facilities by banks would lead to GPs calling down huge amounts of capital from LPs, who are already dealing with cratering public equity portfolios. This would be a nightmare scenario.

“How many of these subscription lines might get called, that’s what everyone is talking about,” said an insurance company LP. “Do the banks really stay in there, or say, ‘we’d really like you to pay this off,’ in which case you could have a flurry of cash flow going out the door.”

Several sources have told Buyouts in recent days that, for now, there does not seem to be a big threat of banks suddenly calling in those lines.

“Subscription lines are backed by the capital of the LPs, not the strength of the GP, per se … so I don’t feel like, unless there’s broad-based defaults on the side of the LPs, that there’s any issues with banks and their willingness to continue to keep these lines,” said Trevor Williams, managing director and portfolio manager at PennMutual Asset Management.

“This is a very low-risk business for the banks, so while it might not be central to their existence, there’s not a heck of a lot of risk out there for them,” Williams said. “I find it hard to believe [capital call subscription lines] would be kind of top of their list of business lines to cut, where there are many other higher risk businesses.”

LPs have been busy assessing the amount of money they owe in capital call lines, sources have told Buyouts in recent days. Many institutions already went through this practice in recent years to get a handle on how much they owe in uncalled commitments across their portfolios.

Generally, credit facilities fund capital calls for three to six months, and in some cases up to a year before LPs have to pay them back. Capital call credit facilities have come with low interest rates and have the effect of boosting internal rates of return, since LPs don’t actually spend money on investments for months or even a year.

GPs have been able to obtain such bridging facilities at rates of 3 to 3.5 percent in recent years, Buyouts reported.

Institutional Limited Partners Association recommends GPs keep capital calls in these credit facilities for a maximum of 180 days, according to guidance published in 2017.

The nightmare scenario would be a wave of LP defaults on mass capital calls spurred by banks suddenly call in the lines. But for now, banks look strong, according to Ludovic Phalippou, professor of financial economics at University of Oxford’s Saïd Business School.

“LPs cannot pay even normal capital calls right now. They would explode under this scenario,” Phalippou said. “Banks and other lenders seem fine so far, so we have not heard the bang yet. But as soon as these lenders have an issue then the explosion will occur.” 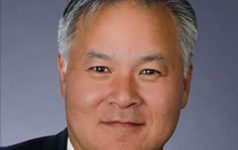