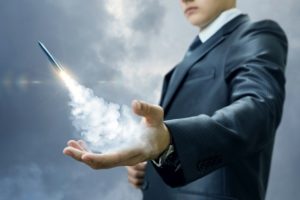 More than $75 billion was secured by 131 growth equity funds globally last year, according to PEI data, up 17 percent from the $64 billion raised in 2018. In fact, commitment levels in the growth equity space in 2019 were the highest in more than a decade.

Success on the fundraising trail confirmed growth equity’s ranking as the second most popular strategy after buyout. In recent years, the strategy has accounted for 14-16 percent of total commitments, the data show.

Growth equity sits on the PE spectrum between buyout and venture capital. Growth investing targets companies with proven business models which have reached an inflection point and need capital to accelerate expansion. This includes everything from scaling operations and broadening product lines to making acquisitions and entering new markets.

A factor in much growth investing is technology and its long-term impact on major economic sectors. The opportunity set includes both tech-focused companies and traditional companies that are utilizing tech to create a competitive advantage.

LP demand on the rise

Recent strong fundraising is a result of emerging and established growth equity brands closing ever larger funds. It also owes to buyout managers wading into the space. Blackstone, for example, last year announced the launch of a first-time growth equity platform.

These developments are welcome to limited partners on the hunt for new strategies and fund offerings. A 2020 survey by Buyouts’ sister publication Private Equity International found 20 percent of LP respondents are planning to increase their allocations to growth equity over the next 12 months.

Miguel Luiña, a principal with Hamilton Lane’s fund investment team, told Buyouts his firm sees “a lot of interest” in growth equity among LPs because it has been a consistently solid performer relative to buyout and other strategies.

Investors are also attracted to growth equity due to macro trends, Luiña said. They include the fact that many growth-oriented businesses are staying private longer and finding more capital available for doing so. LPs once focused on accessing growth opportunities in public markets, he added, recognize this and are now shifting to private markets to maintain exposure.

Another source of LP interest, Luiña said, is growth equity’s links with “secular shifts in the economy.” An example is the disruptive ability of tech to replace old business models with new ones. Investors wanting “portfolios that look like the future economy,” he said, are likely to opt for more tech-focused growth investing.

Some market players believe growth equity fundraising of late could portend bigger things. As the strategy becomes more popular, and LP capital earmarked for it becomes more plentiful, growth equity may even approach the top spot occupied by buyout.

In a 2019 interview with Private Equity International, Elias Korosis, a partner with Hermes GPE, said he expects the growth equity space will become as large as the buyout space “currently is within a decade.”

Others see convergence between the two strategies. Traditionally, growth equity has been identified with the acquisition of minority stakes, as investors partner with business owner-operators who remain in the driver’s seat.

Increasingly, however, the strategy has emulated aspects of control buyout activity.

This is the view of Dave Schnadig, co-president of Cortec Group. In recent years, Schnadig said, the lines between buyout and growth equity “have been blurred.” One of the reasons, he said, is growth equity’s reliance on minority investments “with protections,” including an ability to revert to control mechanisms in certain situations, such an underperformance.

Some self-described growth equity shops are explicit about their use of control. For example, Frontier Growth, which this year began marketing an $850 million sixth fund, has a strategy of acquiring majority or minority positions in tech opportunities of interest.

In addition, some buyout managers, especially those which are operationally focused, include growth equity as one of the tools in their toolbox. Cortec, which in 2019 raised $2.1 billion for its seventh fund, is among them: “We see ourselves as very growth equity-oriented, but typically in a control framework,” Schnadig said.

Growth is a key theme across private markets right now, Luiña said, “not just growth equity.” Strategies that “only cut costs,” he added, are difficult to execute in the current environment.

This is an important consideration for investors anticipating a market slowdown. Most respondents to Coller Capital’s institutional survey for winter 2019-20 said they believe modifications are required to prepare their PE portfolios for the next downturn. The sentiment was strongest among North American LPs.

Exposure to growth equity would be a helpful modification for LPs without it, Luiña said. That’s because, historically, growth-equity-backed companies perform differently through cycles and are less leveraged compared to buyout-backed companies, providing diversification.

By having a growth component, Luiña said, LPs can bring balance to their portfolios and gain “more optionality” when times are tough.