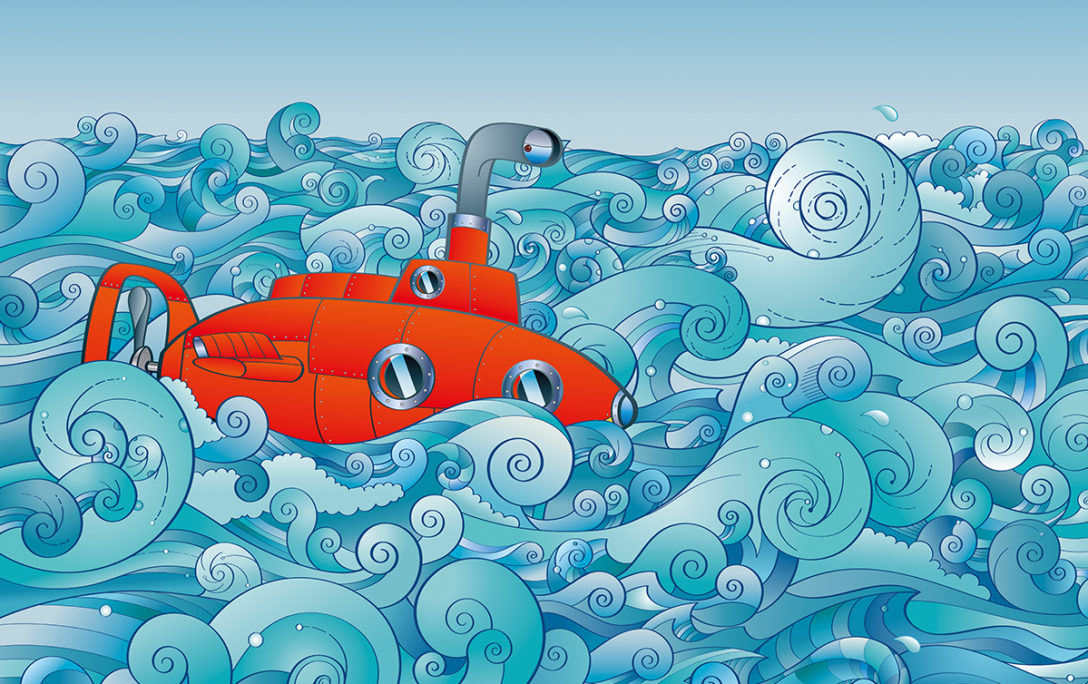 As turbulence and uncertainty continue to roil markets, LPs balance their ability to gauge their private equity portfolio value and their desire to stay commited. How they resolve that tension could decide whether they emerge as a winner or loser from the covid crisis.

Steven Hartt, a principal at Meketa Investment Group, advises his clients not to upend their plans. “I think that making changes to a private equity portfolio for our clients is really a very challenging thing to do,” he says. “What we’ve advocated for clients is to try to remain a consistent participant in the private equity asset class over time and not try to time the markets.”

But if LPs want to do this, they will need to exercise almost constant vigilance to achieve clarity on valuations as well as find new and creative ways to evaluate opportunities – suggesting a long, tough road ahead.

Late to the party

LPs usually receive private equity returns from managers on a quarter lag. That means that as of June 30, most LPs were just learning how the first-quarter fallout affected their portfolios.

David Larsen of Duff & Phelps says that is not a big deal when the market is stable and relatively predictable. Accounting standards allow LPs to report quarter-lagged results as long as the change in value is not significant. But when there is a market disruption like this, the considerations and rules change.

That means even routine reporting to stakeholders, let alone making investment decisions, will require more time and effort. “They need to be in good contact with the general partner, they need to be asking questions, they need to be pushing to get timely information, all so they can make their own decisions and so that they can report in their financial statements fairly,” says Larsen. And some LPs have been less than happy with GP transparency, even before the lockdown reduced face-to-face interaction and research, according to a recent survey (see below).

So far, so good

The Q1 damage does not look particularly severe. Florida State Board of Administration says its PE portfolio value should fall between 9 percent and 10 percent. Hartt says his clients have seen a drop of between 10 percent and 20 percent, depending on exposure. John Stake, a principal at Hamilton Lane, recently told sister title Private Fund CFO that private market valuations as a whole were down about 9 percent for the first quarter as of early June.

But that is only part of the story. At a recent Los Angeles City Employees’ Retirement System meeting, Jeffrey Goldberger of Aksia TorreyCove said Q2 valuations, which “will incorporate almost a quarter of lost economic activity,” would be what truly show the extent of the damage.

Meanwhile, the crisis has also upended the way GPs and LPs cultivate relationships. Before an LP invests with a new manager, it will typically have face-to-face meetings to gauge whether they are a good fit. Due to widespread lockdowns, this is clearly impossible.

So far, that has led to what some call a “flight to quality,” but what Hartt dubs a “flight to what you know.” Most LPs do not want to invest with a manager they have not had a chance to meet.

Therefore, several major managers on the market shot past their targets on their latest funds as LPs scrambled to allocate to proven winners. That means newer, unproven managers may face obstacles. Hartt says he thinks his clients are going to try to find some ways around this so they don’t miss out on quality opportunities.

All of this will take stamina and endurance, though. “I don’t think there’s any kind of a magic bullet other than continued hard work and seeking to try to make the best decisions with the information that you have,” Hartt says

Survey: An erosion of trust

According to a recent survey of its members by the Institutional Limited Partners Association, LPs are concerned about what they perceive as a rising number of GPs writing limited partner agreements that limit or eliminate their fiduciary duty to the fund.

As ILPA states it, fiduciary duties are being “eroded across the industry,” a summary of the survey said. ILPA found that 71 percent of LPs have seen fiduciary duties contractually modified or eliminated over the past year in at least 50 percent of the funds they backed. “Reduced fiduciary duties not only harm governance but also the quality of alignment between GPs and LPs,” the summary said.

Fiduciary duties are established in federal law through the Investment Advisers’ Act, as well as by state and other jurisdictional rules. Fiduciary duty under the Advisers’ Act can’t be modified by contract, while state rules, generally stricter than federal law, can be, according to Justin Storms and Jonathan Adler, partners with Debevoise & Plimpton.

The SEC treats federal law as requiring GPs to disclose what they’re going to do with a fund, including terms and conditions and potential conflicts. The disclosure is the key to fiduciary compliance and has been at the heart of much of the SEC’s enforcement against PE firms in recent years.

Most LPs will not allow fiduciary duty to be completely eliminated, but it can be limited by defining a manager’s standard of care as being liable only for acts of “gross” negligence (reckless disregard) as opposed to simple negligence (or fault), the report said.

GPs in the private placement memorandum should “clearly, affirmatively and prominently disclose” the standard of care owed to the fund and the LPs, ILPA recommends.

“That language is not there to ensure the GP does the right thing when things are going well,” the fund-of-funds LP said. “Rather, that language is there to protect LPs when a fund goes south, maybe even reaching zombie status. At that point, the LP/GP dynamic can often become a zero sum game, and it is at that point when an investor would take comfort in the protections of the agreement. So yes, it is a concern.”

The industry is not experiencing an erosion of fiduciary duties, both Adler and Storms said. Instead, increased disclosure has made LPs more aware of the nuances of fund contracts, they said. “The provisions of fiduciary duty have not changed, but there’s been more discussion, which leads to LP-friendly clarifications,” Adler said.

“For LPs, there is a burden to review those disclosures and understand what it is a sponsor is permitted to do,” Storms said. “The LP community has perceived some of that disclosure as itself eroding the fiduciary duties under federal law.”