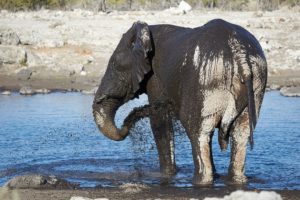 Depending on who you talk to, the ability of limited partners to honor their pledges to private equity funds is either viciously impaired, or totally fine.

The debate comes down to this: will the industry experience a wave of LP defaults? In other words, GPs call capital from fund investors, who are not able to fulfill those requests due to a lack of ready capital because of investment losses in other parts of the portfolio.

The pain would be exacerbated by GPs drawing money from LPs to pay down capital call credit facilities, which managers use to fund deals for some period of time before actually using investor money for the transactions.

If banks suddenly called in these credit lines, forcing GPs to draw down capital from LPs, fund investors would be hit with a wave of outflow requests they couldn’t handle, defaulting on the calls. Widespread LP defaults would force PE managers to punish recalcitrant LPs and find other ways to access capital they raised in funds. The ability to do deals would collapse and the machinery of private equity would grind to a halt.

It’s a nightmare scenario, but one that, at least as of now, a month into the pandemic lockdown, many LPs are not worried about, according to numerous LP and consulting sources Buyouts talked to over the past week.

The consensus is that, while capital calls are up and LPs are feeling various levels of liquidity pressure, many do not foresee any sort of liquidity crisis leading to a wave of defaults, at least not as of now.

“While this downturn is different from ’08, at least to date, the magnitude of the market drop is not different, and in fact is not even quite as steep in some cases,” Erik Hirsch, vice chairman and head of strategic initiatives at Hamilton Lane, told Buyouts.

“This is where we can go back and look at 2008 as a barometer because the drop was quite significant and denominators shrunk and so what did people do? The answer is, we just didn’t see a bunch of defaults. Will we see examples? Sure. But that’s not going to be the overwhelming LP behavior.”

Placement agency Campbell Lutyens found that 40 percent of more than 150 LP respondents to its LP sentiment survey published April 4 were not concerned about liquidity, while 31 percent were worried about it. Thirteen percent of respondents were already liquidity constrained, Campbell’s survey found.

“We did see an increase in capital calls to pay down subscription credit lines in March and early April,” said Steve Moseley, head of alternative investments at Alaska Permanent Fund Corp. “And, the pace of cash contributions was noticeably higher over the last three weeks. But the increase wasn’t huge in percentage terms and it was minuscule compared to portfolio value.

“Regarding liquidity generally, there will certainly be LPs wrestling with the denominator effect and rethinking their pacing. That’s a cyclical, structural challenge but one for which most LPs would have been reasonably prepared,” Moseley said.

Most sources say GP capital calls have been on the rise in recent weeks, not necessarily for deals, like in a regular market, but to pay down capital call credit facilities.

With more capital flowing out the door, LPs also are concerned that their private equity exposure will breach their policy allocation caps. This is called the denominator effect, which occurs when a system’s private markets allocation represents an increasingly larger percentage of a fund as the fund’s total value falls.

ILPA found that 63 percent of around 200 LP respondents are either extremely concerned (11 percent) or somewhat concerned (52 percent) about exceeding their private equity policy allocations, while 37 percent of respondents were not concerned about the denominator effect.

In part, liquidity pressure depends on portfolio construction, according to a family office LP who spoke to Buyouts. Heavy exposure to private equity right now probably is creating pressure, with a small amount of capital going out, and nothing coming back in distributions. But nothing too painful, the LP said.

Investors who have private equity and credit exposure might be feeling more pressure, as credit managers are actively drawing capital to take advantage of the dislocation, still with little to no distributions coming in, the family office LP said.

“It kind of depends on what your portfolio looks like, funding needs, other sources of capital,” the LP said.

Along with paying down subscription lines of credit, managers are drawing capital for add-on acquisitions and for deals agreed before the economy slowed because of the outbreak of covid-19, sources said.

“We have seen [subscription lines of credit] getting repaid. More volume than usual,” the family office LP said. “Some are fully paying off [subscription lines] and others less. But … some of this would be happening even if it weren’t for [coronavirus].

“I don’t think it will create liquidity pressures yet. Still early. It may in fact help future liquidity to the extent GPs have cleared [subscription] lines thereby able to fund future initiatives without having to go to their LPs for capital,” the family office LP said.

GPs also are starting to request amendments to fund contracts to allow for more time to deploy capital. This is prompted by the sudden pause in most deal activity, which could lead to some GPs not deploying all their fund capital by the end of their (usually five year) investment periods.

“Anecdotally we are aware some GPs have been calling capital to clean up outstanding lines that were used prior to covid-19, presumably to have more availability on the line for whatever is waiting out there for them in the short-to-medium term, be it the need to play defense with existing portfolio companies (e.g., equity cures, additional capital to support operations) or play offense (e.g., add-on acquisitions, etc.),” said Andrea Auerbach, global head of private equity at Cambridge Associates.

“Is the level of activity more than usual? I don’t think it is, but it is definitely more visible because overall private investment activity has slowed to a crawl. We have been seeing more amendments coming in to extend investment periods, expand commitment facility scope and tenor, all of which enables GPs to buy more time before calling capital from LPs,” Auerbach said.

Liquidity pressure is what is keeping LPs awake at night, sources said. Even in the absence of a broad liquidity crisis, the pressure of meeting calls as public markets fall can cause LPs agita.

Proper monitoring and planning ahead can help avoid having to sell public securities to raise money for capital calls, sources said.

“In Alaska we’re monitoring liquidity even more carefully than before the crisis – we have a morning call daily to make sure we know how much cash we have and how much we’ll need on a running weekly basis,” Moseley said.

“In happier times that was a weekly conversation. That hypervigilance reflects a desire to avoid unplanned sales of liquid securities though, rather than a concern that we won’t be able to pay our grocery bills (or meet capital calls).”