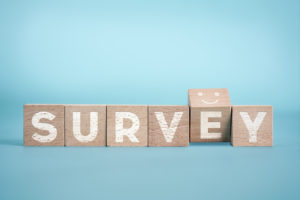 LPs are expected to allocate more to sector-specific strategies over the next year, with a particular interest in healthcare, according to fresh findings from EisnerAmper.

Many pundits have suggested that healthcare is a problematic sector due to concerns about labor shortages and rising wages in an inflationary environment. But a dislocated market and several niches could bode well for healthcare, according to the study, which the firm conducted at its Seventh Annual Alternative Investment Summit.

According to the survey, LPs are expected to allocate more in the next year to sector-specific and growth equity over other strategies. The results showed that 33 percent of respondents listed sector-specific as a top-two strategy, up from 18 percent last year.

Over 40 percent of respondents ranked healthcare as the industry with the best investment potential for the remainder of the year, according to the survey. Tech investments, which held the top spot over the past four years, was the second favorite of investors.

Nick Tsafos, a partner at EisnerAmper, said investors are bullish on healthcare due to America’s aging population and a market dislocation, indicating that prices of some life sciences ETFs have dropped by 50 percent over the year.

“There’s a significant dislocation in capital and we are seeing some opportunities,” Tsafos said.

“There’s not just an issue with our aging population. We have many social issues that society needs to solve. But these are really healthcare issues. That’s why we see a lot of investors putting more of their money in this space,” Tsafos said.

The survey also indicated that managers have delayed fundraising processes earlier this year because of macroeconomic challenges, with rising interest rates particularly serving as a problem due to increased debt costs.

This has been corrected to reflect the title of the EisnerAmper survey; it is a Summit, not a Study.