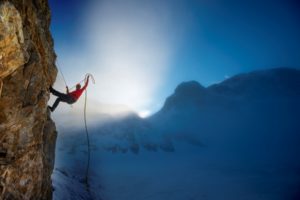 LPs are overwhelmingly confident in their private equity investments’ ability to weather the coronavirus-fueled market downturn, according to the Buyouts LP Perspectives 2021 Study.

Still, most investors are at their target allocation in alternative investments overall, which includes private equity. A small but growing group of LPs are overweight in the asset class over the last four years, though, increasing to 12 percent from 9 percent.

Still, the general expectation is that allocations to alternative assets will increase by about 7.3 percent on average. The majority of investors plan to maintain or increase the amount of fund manager relationships, as well.

One counter-intuitive nugget from the results: previous Buyouts reporting found a tough road for emerging managers during the covid crisis, due to the “flight to quality” effect which took hold among LPs when there was less security about the economic outlook. The recent study results, however, revealed a more positive outlook.

Now, 51 percent of LPs said they are either more likely or just as likely to invest in first-time managers in the next 12 months compared with the last 12 months. That may be a sign of greater confidence in the market as both public and private equities appear to have rebounded from the covid disruption.

Buyouts has covered the emerging interest in the GP stakes market, both at the upper end and the growing middle market. However, while its growth has been noteworthy, 67 percent of investors surveyed said they have no plans to invest in GP stakes funds.

Overall, relations between GPs and LPs seem positive according to the study. It backs up previous Buyouts reporting showing that LPs are for the most part happy about the level of communication they have received from GPs during the crisis.

76 percent of respondents agreed they had received sufficient information from GPs to assess the performance of their private markets investments, with only 11 percent saying they disagreed.

LPs are also relatively comfortable with their GPs’ use of subscription credit lines. A small majority, 51 percent, of respondents expected to see an increase in their use in the next 12 months, while 58 percent are not concerned about the extent to which their GPs are using credit lines to fund portfolio investments.

LPs are also satisfied with the level to which GPs are staying focused on their investment theses and avoiding “style drift”. Half of investors think their GPs have avoided moving aware from their core strategy, while 47 percent have seen occasional examples. But, only 3 percent have said they have seen widespread examples of style drift among their GPs. This is a marked decrease from last year’s study, when 68 percent said they had seen at least occasional style drift.

One area of tension appears to be over so-called “key man” clauses, which allow LPs to hold up a fund’s ability to invest when there is a change in personnel overseeing the fund. Half of respondents said that unsatisfactory or nonexistent key man clauses lead to the most disagreements during the due diligence process. That is an increase over last year’s study.

Another area of disagreement was management fees, with 47 percent of LPs saying that was one of the main points of friction.