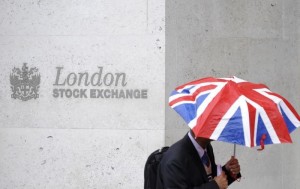 The exchange operator has tapped Barclays to sell the business, according to the sources, who wished to remain anonymous because they are unauthorized to speak to the media.

The exchange operator has decided to run a formal sales process after having informal conversations with at least three interested buyers, including the Canadian Imperial Bank of Commerce, the sources said.

Spokesmen for LSE, CIBC and Barclays declined to comment.

The London Stock Exchange bought Frank Russell from insurer Northwestern Mutual last year for $2.7 billion primarily for its large index business. The exchange beat out a number of interested buyers, including CIBC and a handful of private equity firms, sources said.

In June, the exchange operator said it was conducting a “comprehensive review” of the asset management business, which had $275 billion under management as of Sept. 30. In December, LSE said it expected the review to be completed in early 2015.