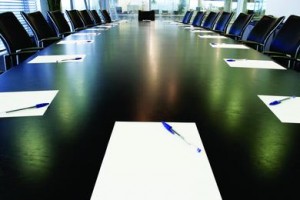 Such an increase has been attributed to the usual suspects – hungry corporates, easy debt, ever growing private equity funds, increase of sponsor clubbing – and there seems little sign that these won’t continue to be factors as 2007 unfolds. Indeed, according to a report, 33% of corporates, and 37% of private equity houses, expect their acquisition rate to increase over the next two years, with just one in ten expecting the reverse.

The coming year will certainly have to go some way to exceed last year’s pace, a 12 month period which saw European private equity surpass all previous records, the UK in particular. The mid-market experienced the biggest surge in terms of total value, with deals between the €150m and €760m range racking up over €15bn, compared with the €11.4bn of 2005.

There was a drop-off at the larger end of the UK market as the mid-market rattled off deal after deal. The drop in public-to-private transactions undoubtedly contributed to the decline in large-cap deals – from €11bn in 2005 to €7.8bn in 2006. It’s a surprising statistic considering the amounts of money that have been raised over the last two years by UK firms such as Apax, Cinven, CVC, and Permira, which could indicate a need to offer more of a premium to shareholders or go hostile.

The latter is something which has come to the fore of late as it was revealed that has changed the terms of its investment strategy, with LP approval, to launch takeover bids for companies without the support of management. It is an inevitable consequence of a year in which six public-to-private offers were either rejected or withdrawn compared to just one in 2005 (according to Dealogic). As the boards of listed companies become more resilient, as in the case of Signet, HMV, Kesa Electrical and De Vere, the powerhouses of private equity, those wielding the biggest funds, will be forced to take a more aggressive approach if they are to spend all the money they have raised.

The fall of the mega-deal in 2006 has meant that corporates have made a comeback. The balance sheet strength possessed by confident corporates is allowing them to indulge in even more M&A activity as they seek to compete in their sectors. But buying companies is not as easy as it used to be; competition is fierce, and with the smaller businesses already hoovered up, there is a trend towards acquiring the bigger companies, and the larger an acquisition, the longer negotiations take. Competition is also leading buyers to look to Eastern Europe – named a region of interest for acquisitions by 25% of DLA respondents, the highest proportion – and Asia – 20%.

However, increased competition has not translated into speedy execution. The DLA European M&A Survey 2007 notes that acquisitions took longer than expected for 28% of corporates and 41% of PE firms. The usual issues such as tax, regulation and anti-trust problems were cited by frustrated buyers, but red-tape is to be expected. More pertinent to the present state of the M&A market is the part the highly competitive environment is itself playing in the acquisition process. It is a sellers’ market, this is pretty much a given, and consequently, vendors are increasingly utilising auctions as a disposal method. On the other side of the equation, acquirers are acutely aware that the odds of losing out on a deal are now higher than they once were and to compensate look at multiple opportunities at any one time in order to increase the likelihood of being successful. In addition, worried about paying over the odds, buyers are seeking more control over their due diligence investigations, regardless of whether the vendor is producing its own or not. A relatively modern invention, vendor due diligence has had a mixed reaction from buyers, with some arguing it can cut down on deal completion time, and others questioning its reliability.

Credit where it’s due

This increased cautiousness apparent in the DLA report contrast sharply with Standard & Poor’s now traditional view of private equity as somewhat reckless. The ratings agency has predicted that European MA& volumes will continue to increase, 2007 exceeding even last year’s record numbers, but this is not a cause for celebration over at S&P it is once again arguing that the “boom” in dividends, share buybacks, buyouts and acquisitions is threatening the creditworthiness of businesses across Europe. “European companies are being driven ever more relentlessly to increase shareholder value and are tending to discard the more prudent financial policies adopted after the last cyclical downturn,” said Blaise Ganguin, ‘s chief credit officer for Europe.

Two factors in particular concern S&P in the speculative grade sector. The first is the amount of leverage piled onto European LBOs, which reached a record level of 9.4x last year. The second is the declining prevalence of convent protection for bondholders. These fears combine with the risks at investment grade level, where shareholders are pursuing more aggressive financial structure to swell their coffers – in the 12 months to the end of June 2006, the 30 largest European nonfinancial issuers have spent €149bn on shareholder-driven, compared with €33b over the same period in 2003. This has lead to increasing debt levels as regular cash flows are insufficient to finance such endeavours – cash flow, expressed as funds from operations, as a percentage of total debt for the top 30 European issuers declined to 29% from 33% at the end of 2005, with a further decline predicted for 2007.

The size of the PE war chest is also cause for concern. “Private equity houses have raised close to €90bn in 2006 for European buyout funds – almost double the 2005 total -giving them the ability to target almost any firm outside of the very largest in Europe,” says Ganguin. “Demand for infrastructure assets, in particular, has been booming, with fundraising far outstripping available supply, and this has lifted risk levels in the sector to record heights.” This has already led to a number of covenant breaches by unrated LBOs, as the coverage of interest payments by EBITDA minus capital expenditure is now at its lowest for six years – 1.9x.

S&P has also reiterated the fears already expressed by the PE community over the new faces now inhabiting the leveraged finance world, in particular hedge funds. The report notes that it remains unclear as to what motivates such investors, whether they will be as inclined as banks to restructure bad credits, or be more willing to take them into bankruptcy.

In short, S&P expects defaults to rise, but then it’s been saying that since 2004, and the counter argument, that companies are always defaulting and that private equity’s record in this regards is actually very good, is equally as compelling, if not more so, than observations about increasing debt multiples. How much leverage a company has piled on it is not the issue, it’s whether it can pay it back or not, which is why S&P’s observation about coverage of interest payments by EBITDA is more relevant, and more concerning.