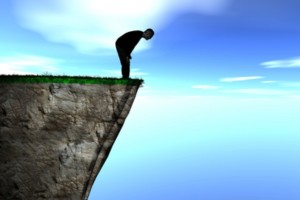 The final quarter of 2015 saw a sharp slowdown in M&A exits, further interrupting what has been an unprecedented run of distributions that has made for happy investors.

As the accompanying chart, “Buyout M&A Exits by Quarter,” shows, this quarter’s total deal volume marks a five-quarter low, while the deal count fell to the lowest point since the third quarter of 2010. There is still time for improvement though, as these figures are only inclusive up to December 14, 2015.

Of the fourth quarter’s 99 exits, 41 had disclosed values. Out of that group, seven cleared the billion dollar value threshold. The heavyweight deal of the quarter was Silver Lake Management exiting its holdings in Interactive Data Corp for nearly $5.3 billion. The provider of financial data market services was acquired by Intercontinental Exchange Inc. For comparison, the biggest exit of the third quarter was CVC Capital Partners acquiring department store operator Douglas Holding AG from Advent International for $3.1 billion.

The second-biggest transaction of the fourth quarter by dollar heft was for AVINTIV Inc. The Berry Plastics Group Inc took possession of the high-performance specialty materials manufacturer from The Blackstone Group for $2.5 billion. After that came Computer Sciences Corp acquiring SRA International Inc, a Fairfax, Virginia-based computer programming services provider, from Providence Equity Partners for a shade over $2.1 billion.

The next deal in line by value was for Lake Region Medical Inc. Greatbatch Inc bought the entire share capital of the medical device maker from Kohlberg Kravis Roberts & Co for about $1.7 billion.

By industry, High Technology led the way in deal count for the final quadrant of 2015. It accounted for 22 of the 99 deals, or 22.2 percent. Industrials trailed close behind in second place, with 19 deals (19.2 percent). In a three-way tie for bronze were Consumer Products and Services, Energy and Power, and Healthcare, with eight deals (8.1 percent) each.

After a depressed period, PE-backed IPO numbers plateaued in the fourth quarter. As the accompanying “PE-Backed IPO Exits by Quarter” graph shows, IPOs have a history of booms and busts, displaying high variability from quarter to quarter. Since 2013, there have not been two consecutive quarters of both increased deal count and value.

The fourth quarter of 2015 was another depressed period for IPOs, with PE-backed companies raising a modest $774 million across four public offerings. It marks the first time since we began tracking IPO exits that back-to-back quarters came in under the combined billion dollar level.

Performance Food Group Co led the way in the quarter with its $275.5 million public offering from Oct. 1. The Richmond, Virginia-based food delivery service is backed by The Blackstone Group and Wellspring Capital Management. Right behind that was HIG Capital-backed Surgery Partners Holdings LLC. The healthcare provider went public the same day, raising $271.4 million.