Tall, named head of private equity and real assets this week, will take steerage of CDPQ’s global PE, infrastructure and financing solutions teams. The role will be combined with his existing responsibilities as president and CEO of CDPQ Infra, an infrastructure projects affiliate.

As part of the job, Tall will directly manage the global PE investment platform. He replaces Charles Émond, who in January was named CDPQ’s president and CEO. Émond held the top PE role for only a short time, taking over late last year from Stephane Etroy, now with Ares Management.

CDPQ’s global infrastructure operation will continue to be headed by Emmanuel Jaclot, who will report to Tall.

The new unit run by Tall oversees portfolio assets of at least C$78 billion ($55 billion; €51 billion) as of December 31, Buyouts estimates based on data contained in CDPQ’s 2019 financial report.

Tall joined CDPQ in 2004 as an infrastructure investment director. He later became executive vice-president, infrastructure, and head of liquid markets. Before CDPQ, he held senior executive roles with companies in the energy and finance industries, including Hydro-Québec, MEG International, Novergaz and Probyn & Company.

CDPQ announced several other appointments this week. They included naming Kim Thomassin as executive vice president and head of Québec investments and stewardship investing, giving her responsibility for the Québec PE team.

In a statement, Émond said these changes to CDPQ’s leadership and organizational structure are intended to respond to fresh economic challenges. “At the beginning of the year, it was clear that the challenges of the next decade would be very different from the last decade’s challenges,” he said. “Since then, in only a few weeks, the world as we know it has transformed.”

In this new environment, Émond added, it is important to have increased agility in decision-making and closer coordination in “all aspects of strategy and managing our assets.”

CDPQ, Canada’s second largest pension fund with assets of more than C$340 billion, is one of the world’s biggest investors in PE and infrastructure.

Tall inherits an especially aggressive PE team, which last year invested a record C$10.5 billion in the market, pushing portfolio assets to C$50 billion-plus. Activity was driven by direct deals, such as CDPQ’s purchase of a stake alongside Warburg Pincus and Wendel in Allied Universal, which valued the security services provider at about $7 billion.

Direct investing has in recent years assumed a much higher share of CDPQ’s outlays compared to fund investing, which drove the PE strategy a decade ago. At present, directs represent more than three-quarters of portfolio activity. 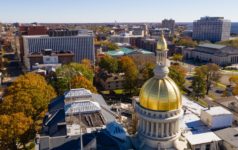 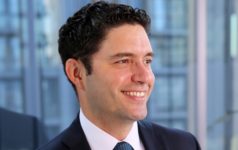 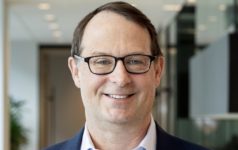 Firms & Funds 5 hours ago
Added to your Saved Articles
Loading
Unsave Article
Please confirm you would like to remove this article from your saved articles.
Share with other subscribers
Only logged in subscribers of this site will be able to access the shared article.