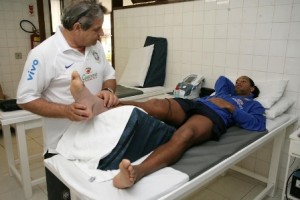 Reuters reported in April that the company had hired Bank of America to help sell the business in a deal that could fetch $500 million to $600 million.

Shares of Patterson, which had previously said it was looking to sell the rehabilitation business, rose about 1.3 percent to $49.29 in early trading on Wednesday.

The company, which also makes dental products and veterinary supplies, said it would use the proceeds from the sale to pay down debt from its acquisition of privately held Animal Health International Inc.

Patterson had bought Animal Health International in May for $1.1 billion to expand in the fast-growing veterinary products market.

At the time, the St. Paul, Minnesota-based company had said it expected the net effect of the acquisition and the sale of the rehabilitation business to be neutral to profit in fiscal 2016.

Patterson said on Wednesday that it would update its adjusted profit forecast for 2016 on August 27.

Net sales for the rehabilitation business fell 5 percent in 2014 from a year earlier, while net sales for Patterson’s dental and veterinary businesses grew.

Through Tuesday’s close, Patterson’s stock has risen 2.2 percent since Reuters reported of a potential sale on April 17.