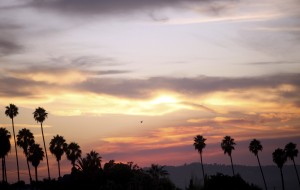 While some drop-off in the amount of money coming back was to be expected – the portfolio’s distributions reached a record high of $39.4 million in fiscal 2013 – some of the decline appears to be attributable to higher costs associated with the portfolio. The $13.9 billion retirement system paid its fund managers and consultants more than $20.1 million in management fees during in the fiscal year ended June 30, 2014. That was $2 million more than it paid in the previous fiscal year.

When contacted by Buyouts, LACERS said it employed “greater use of indexing where it is appropriate within the portfolio and negotiating lower fees when appropriate,” but it declined to provide any additional detail or comment on its approach to fees.

Fees paid to private equity consultants fell year-over-year. The retirement system paid $804,000 in fees to consultants during the fiscal year, compared to $925,000 in 2013, according to the annual investment report.

In December, consulting firm CEM Benchmarking presented a report to the pension’s Board of Administration that detailed the costs associated with LACERS’ investment portfolio, including private equity manager fees. CEM specializes in tracking fees paid by pensions and other institutions, including the Oregon Public Employees Retirement Fund and State of Wisconsin Investment Board.

Total savings against the costs expected of a pension of LACERS’ size and profile amounted to roughly $5.6 million, according to CEM’s report.

LACERS attributed part of the decline in its $1.26 billion PE portfolio’s distributions during the previous fiscal year to the J curve, according to the pension’s annual report.

LACERS committed 15 percent more to private equity in 2014 than it did in 2013, securing $315 million of new commitments across 14 funds during the previous fiscal year.

The retirement system’s investment plan for the 2015 calendar year calls for a slightly more aggressive pace. LACERS expects to commit between $325 million and $350 million across 12 to 15 funds, according to Jan. 13 meeting materials.

LACERS held a 9 percent allocation to private equity as of June 30, well below its 12 percent target.