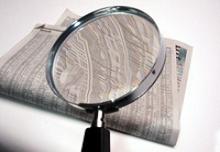 The Blackstone Group raised $4.5 billion to reach its target for Blackstone Energy Partners II LP. Blackstone’s second energy-focused buyout fund is $2 billion larger than its predecessor. Another energy fund that closed was Apollo Global Management’s Apollo Energy Opportunity Fund LP at $1.05 billion. Aequitas Capital finalized its Opportunities Fund at a hair over the $100 million it set out for. Carlyle Group didn’t close any funds, but it filed that it has now collected $2.5 billion towards a $4.1 billion goal for Carlyle Europe Partners IV LP.

Meanwhile, there were 45 completed deals that took place since Buyouts last went to press and the year-to-date sum grew by a little over $3 billion. It actually marks the first time that this year’s total sits behind where the figure was at this time in 2014. Of the 45 deals completed, there were six with disclosed values and the top three were all international. The largest was Lone Star Funds acquiring Spanish real estate development firm, Neinor SA, for $1.15 billion. Following that was Ganymede Investment Holdings, an affiliate of The Carlyle Group, gaining an additional 50 percent interest in Bowenvale Ltd, a Hong Kong-based investment company. Lastly, TPG Capital obtained a majority interest in Poundworld Retail Ltd, a UK-headquartered owner and operator of retail stores, for $236.6 million.