Since the last issue of Buyouts, fundraising added more than $18.7 billion to its YTD total. At $69.7 billion, firms have raised more than twice as much as they did a year earlier.

Genstar led the pack. Its ninth flagship closed on $5.5 billion, and it raised a $1.1 billion committed overage fund. The firm provided $400 million to the fundraising, bringing the total raised to $7 billion.

Summit Partners wasn’t too far behind. The firm closed its 10th growth equity fund at its hard cap of $4.9 billion.

SK Capital Partners raised its largest fund to date at $2.1 billion. The fund includes a separate overage fund that enables the firm to provide greater speed and certainty to sellers.

Siris Capital raised $450 million to wrap up its fourth fund with $3.45 billion, beating its initial target of $3 billion.

The second largest deal was Eclipse Resources’ merger with Blue Ridge Mountain Resources, a producer of crude petroleum and natural gas, for $837.6 million. The merged entity, owned by Encap Investments, was named Montage Resources and will trade on the NYSE as MR. 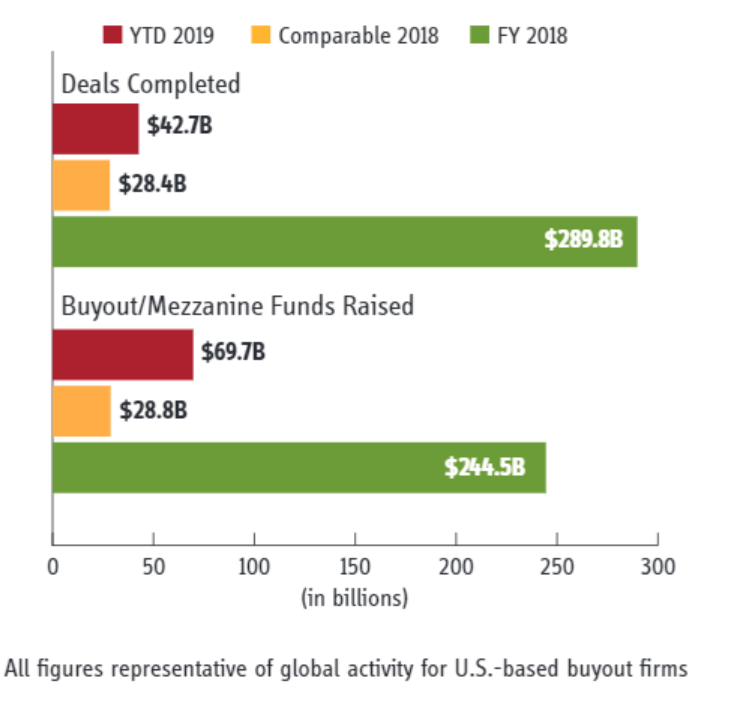