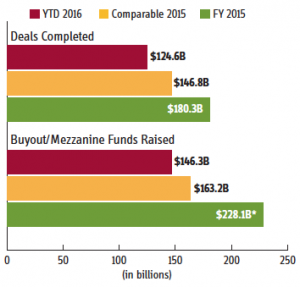 U.S.-based buyout and mezzanine fundraising had a strong bi-week, bolstering its yearly total by $9.3 billion. The fundraising helped this year’s sum — now $146.3 billion —bridge the gap to 2015’s pace and sit $16.9 billion, or 10.4 percent, below this time last year.

MTS Health Investors reached an oversubscribed $365 million final close on top of a $300 million target for its fourth healthcare-focused vehicle.

New State Capital Partners concluded fundraising on its maiden fund at $131 million. The institutional-investment pool, targeted for healthcare, business services and industrials, had an original target of $150 million.

HPS Investment Partners is nearing the end of the road on its third mezz fund. HPS Mezzanine Partners III collected $5.6 billion and is expecting to reach its $6.5 billion goal in the fourth quarter. 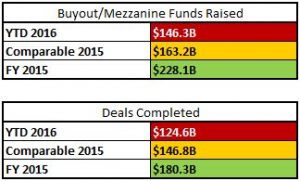