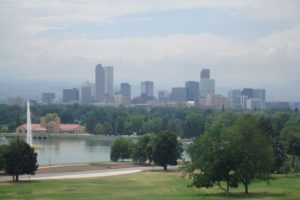 Crest Rock is among a group of first-time managers to have raised funds at least partially through the market contraction during the pandemic lockdown.

It’s not exactly clear when Fund I closed. The firm started fundraising last year, and by December was managing about $311 million in assets, according to the firm’s Form ADV. The firm now manages $400 million, according to updated information.

Campbell Lutyens worked as placement agent on the fundraising, according to the Form ADV.

Fund I is more than 20 percent deployed, the source said, which includes two platform investments and two add-ons. Crest Rock this week announced its acquisition of Lumin8 Transportation Technologies, which provides traffic and intelligent transportation systems services. In June, the firm led a C$52 million funding round in software company Unbounce.

Crest Rock wants to write equity checks of $15 million to $60 million, with the ability to invest up to $100 million, according to the firm’s website. It targets investments in software and technology, IT and business services and industrial and manufacturing, the website said.

The firm looks for corporate divestitures, companies in transition, management buyouts and recapitalizations and growth investments, the website said.

Johnson worked at Marlin Equity from 2009 to 2018, according to his LinkedIn profile. Prior to Marlin, he worked as chief financial officer at Avure Technologies from 2006 to 2007, and as COO and CFO at I/O Concepts, his profile said.

From 2002 to 2006, he worked at Gores Group. Johnson was also employed, from 1994 to 1997, as an associate national bank examiner for the Officer of the Comptroller of the Currency, his profile said.