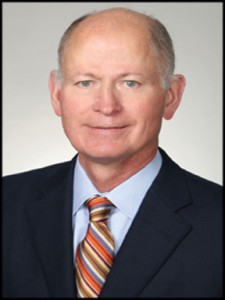 The Massachusetts Pension Reserves Investment Management Board committed up to $360 million to Advent Internationaland Thoma Bravo at its investment meeting December 1, according to board meeting materials.

The system, which has a 10 percent target allocation to private equity, committed $60 million to Thoma Bravo Discover Fund, which is targeting $1 billion.

Thoma Bravo launched Discover Fund earlier this year and is raising it alongside its 12th flagship fund, which is targeting between $5 billion and $7 billion, Buyoutspreviously reported. Discover Fund will target investments in software and technology in the middle market. The firm expects the fund to make 10 to 12 investments of between $30 million and $150 million each, according to a marketing document seen by Buyouts.

The marketing document, which was sent to LPs in the fall, said Discover Fund had demand over its $1 billion target and the firm would work with LPs to portion out allocations.

“That’s the reason middle-market funds will probably be double or triple oversubscribed,” Thoma said at the time. “The lower middle market is a good place to be.”

Advent is moving through fundraising on Fund VIII at a fast clip and is basically working to figure out how much allocation to give each LP, according to a fund-of-funds LP who is considering committing to the vehicle. LPs are being cut back, the investor said.

MassPRIM, which is slightly overallocated to private equity with an actual allocation of 11.2 percent, is searching to add another member to its private equity team, a spokeswoman told Buyouts. Longtime PE officer Peony Keve left at the end of November, the spokeswoman confirmed.