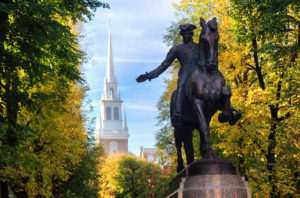 The allocation range went up from between 10 percent and 16 percent to between 11 percent and 17 percent. The change was previously approved by MassPRIM’s investment committee earlier this month, as Buyouts reported, but the board provided final approval at its meeting Wednesday.

Going along with the increased allocation is a higher commitment goal for 2021 of between $2.1 billion to $2.7 billion, a rise from $1.7 billion to $2.3 billion last year. The pension ended up committing just over $2 billion.

MassPRIM started the year out with $300 million in commitments to Thomas H. Lee Partners and JMI Equity, as Buyouts reported. Director of private equity Michael McGirr also hinted at more coming, suggesting the next meetings of both the board and the investment committee in May could be “larger than usual.”

“We’ve got a big portfolio, a full pipeline, and a very busy year ahead,” he said. McGirr recently took over from Michael Bailey, who left to join Fidelity Investments.

The change to the private equity allocation was recommended because greater private markets exposure is expected to benefit the portfolio in the long term.

McGirr said that while headline numbers on valuations have been consistent with the preceding year, 2020 was a “tale of two cities.”

“That average doesn’t tell the whole story because there’s been a huge ramp up in tech and healthcare valuations, and I think valuations have gone down in other businesses that have struggled, especially whose business models are under question,” he said.

Nevertheless, McGirr said staff had confidence in the MassPRIM PE portfolio. Because the program has been around for a while, he said that many of the commitments staff brings forward are with managers who have performed well for the pension in the past.