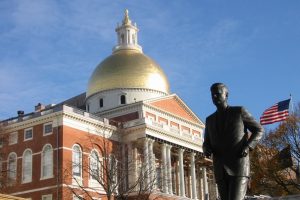 The board approved the following allocations:

• $75 million to Georgian Partners Growth Fund V, managed Georgian Partners, an $850 million growth equity fund that will target investments in high-growth software companies expected to close in the fourth quarter of this year;

MassPRIM has invested in six other TA funds. In May, MassPRIM committed $250 million to TA’s 13th fund. The TA Select Opportunities Fund will “invest in a select group of high-performing TA portfolio companies,” the meeting materials said.

These investments bring MassPRIM’s total 2019 commitments to just over $1.3 billion, close to its $1.4 billion to $2 billion goal for the year.

MassPRIM’s board also formerly issued a request for proposals on private equity consulting services. Its contract with Hamilton Lane expires next September.

The board also was shown the trust’s 2019 comprehensive financial report, which included the fiscal year 2019 results.

As of June 30, the trust was valued at about $74.8 billion. FY19 returns were 6.1 percent, gross of fees, slightly below its 6.6 percent benchmark. Its three-year, five-year and 10-year returns beat benchmarks, but its returns since inception were also slightly below the benchmark, 9.4 percent versus 9.6 percent.