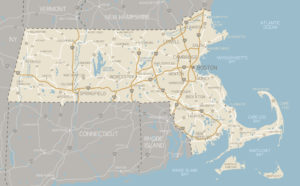 The value of Massachusetts Pension Reserves Investment Management Board’s private equity holdings fell by 2.75 percent in the second quarter, making it among the first large public pension systems to report the latest round of marks.

LPs have been bracing for second quarter valuations of private equity investments from GPs, which have primary discretion over determining performance marks. So far, private equity performance has remained strong despite turmoil in public markets.

A point of controversy in the industry is whether second quarter marks will better reflect the pain being experienced in the wider economy, or whether GPs will hold the line on performance as they did in the first quarter.

Venture capital fell by 8 percent and growth equity was down by 4 percent, as both strategies gave up gains from the last year, MassPRIM’s director of private equity Michael McGirr said at the board meeting August 17. Buyouts listened to a broadcast of the meeting.

Unprofitable tech and software companies have taken hits in both public and private markets, McGirr said.

A stronger dollar also served as a headwind as it has contracted MassPRIM’s international holdings by 25 basis points during the quarter, McGirr said.

Global M&A activity slowed during the first half of the year and was down 20 percent compared to the previous year, McGirr said.