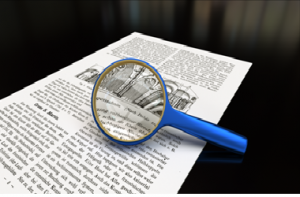 The California Public Employees’ Retirement System reports in its latest annual performance review that its private equity portfolio has lagged its public-equities-based benchmark over the last 10 years. An analysis of the portfolio by data provider Bison using a proprietary calculation provides clues as to why.

In its annual review, due to be presented at its Dec. 15 board meeting, CalPERS puts its one-year net return for its $31.5 billion program at 20.0 percent, three-year net return at 12.8 percent, five-year return at 18.7 percent and 10-year return at 13.3 percent. All four returns beat the pension fund’s 9 percent return expectations for the asset class built into its asset liability management model, a model used to ensure CalPERS meets its pension liabilities. That in itself is a nice achievement.

Nevertheless, all four returns fall short of the pension fund’s public-equities-based “policy benchmark” for the asset class. The pension fund’s 10-year private equity return falls short of the benchmark by 2.1 percentage points. The benchmark, which CalPERS has raised concerns about and plans to review in 2015, is based on a global index of public equities plus 300 bps, with a one-quarter lag. Over the 20-year period the portfolio narrowly beats the policy benchmark.

And that raises a hard question for the roughly $300 billion pension fund. Is it being adequately compensated for the additional risk of investing in the private equity market? Among the many risk factors: the illiquidity of interests in limited partnerships, the enormous dispersion in manager returns, the heavy use of leverage by buyout shops, the high percentage of failures experienced by venture-backed startups.

Mike Nugent, co-founder and CEO of Bison, a Boston company that made a splash earlier this year by introducing a series of benchmarking tools, this month presented an analysis of the CalPERS private equity portfolio at the Buyouts Texas conference hosted by the publisher of Buyouts. Consistent with the pension’s own review Bison found that the CalPERS private equity portfolio barely beat the public equity markets over a significant period of time. It also went beyond that top-line result to find that, while CalPERS often picks funds that outperform their peers, the pension fund has much more trouble picking funds that outperform their public equity equivalents.

A CalPERS spokesman declined to comment specifically on the Bison findings. But he pointed out that the portfolio remains in the midst of a restructuring and rebalancing designed in part to reduce the number of managers. The annual review similarly notes that the private equity staff will have a “continued emphasis on reducing costs and complexity,” in part through a focus on co-investments.

All told, Bison looked at the performance of 241 buyout, venture capital and related funds backed by CalPERS and spanning vintage years 2000-2012, with data current as of year-end 2013. (It did not look at 90 funds that had either been sold or fully realized.) To compare the performance of a private equity fund or group of funds to the Russell 2000 stock index, Bison used its own “public market equivalent” method to convert the Russell 2000 into a comparable internal rate of return. The method builds off the Kaplan Schoar PME method developed in 2005 by Steven Kaplan, professor at the University of Chicago Booth School of Business, and Antoinette Schoar, professor at the MIT Sloan School of Management. Below are highlights of the Bison analysis:

CalPERS made headlines earlier this year when it announced plans to shutter its hedge fund portfolio. The Bison analysis raises the question of whether the private equity portfolio will eventually share the same fate.