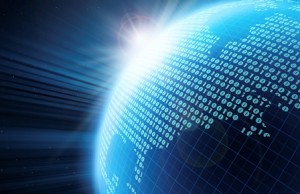 “We are not entirely sure that investors were hoping to see a major acquisition add to the Capital IQ segment, as opposed to higher margin and lower competition areas such as rating and indices,” UBS analysts said in a note.

McGraw Hill, which also reported a better-than-expected second-quarter profit on Monday, said the deal was expected to add to adjusted diluted earnings per share in 2016, excluding amortization.

The financial impact of the acquisition will be mitigated by tax benefits of about $550 million, the New York-based company said in a statement.

The company’s ratings and indexes units have been driving earnings in the past few quarters.

In the quarter ended June 30, McGraw Hill’s adjusted diluted earnings per share from continuing operations jumped 17 percent to $1.21, helped by gains from legal settlements and the sale of a legacy construction business asset.

Analysts on average had expected $1.13 per share, according to Thomson Reuters I/B/E/S.

Standard & Poor’s Ratings Services, which is the biggest unit by revenue, reported a 1 percent fall in revenue, while revenue from S&P Dow Jones Indices rose 11 percent.

The company maintained its full-year forecast for adjusted earnings per share of between $4.35 and $4.45, despite expectations of a 5-7 cent dilution from the deal.

Reporting by Richa Naidu and Neha Dimri in Bengaluru.