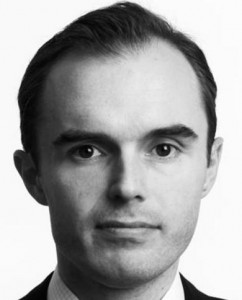 Robert Knorr, Matthew Strassberg and Zbigniew Rekusz have been promoted to partners in ’ London and Warsaw offices.

Robert Knorr joined Mid Europa in 1999 and operates from the firm’s London office. At Mid Europa, he has worked on investments including Serbia Broadband, Calucern and Telemach. Prior to Mid Europa, he worked at Bankers Trust in London and Deutsche Bank in Milan.

Zbigniew Rekusz has been at Mid Europa’s Warsaw office since 2002 and has worked on the firm’s Wheelabrator, Invitel and Karneval investments. Previously, Rekusz worked at Barings Communications Equity and UNP Holdings.

Matthew Strassberg, another member of the London team since 2002, has worked on transactions including Bite, Aster, Invitel and Luxmed/Medycyna Rodzinna, Poland’s sixth-largest healthcare business, which completed last week. Before Mid Europa, Strassberg worked in investment banking at Merrill Lynch and JPMorgan and at New York buyout firm TLC Capital.

While the promotions are likely to be a natural progression, some reports have suggested that they may also help ward off Western private equity firms moving into the area. Bridgepoint hired Advent International’s Warsaw head Khai Tan when it launched Polish operations earlier this year, and Carlyle recently expanded its CEE team with three hires, including Enterprise Investors’ Ryszard Wojkowski.

Mid Europa has offices in London, Warsaw and Budapest, and manages more than €2.6bn (US$3.8bn) of funds.