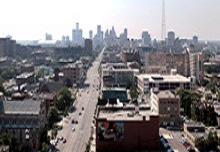 In addition to its commitment to FirstMark, Michigan committed $150 million to Insight Venture Partners and $35 million to Flagship Ventures V. Insight had raised at least $2 billion for its ninth fund as of January, according to SEC filings. Flagship Ventures, which specializes in the healthcare and sustainability sectors, held a final close in late March on $537 million, according to a press release.

Michigan had a 16.1 percent allocation to private equity as of March 31, roughly 2 percentage points short of its 18 percent target, according to pension documents.

Approximately 56 percent of Michigan’s private equity portfolio is invested in buyout funds, with special situations vehicles accounting for another 18.6 percent and venture funds for 14.1 percent. The retirement system invested the remainder of its allocation in mezzanine funds, funds-of-funds and more liquid assets.