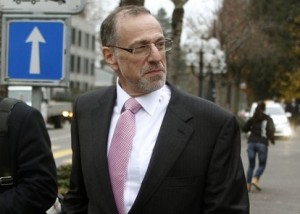 The private company was founded by former Xstrata boss Mick Davis to create a new mid-sized mining and metals. Davis set up X2 only months after leaving the mining giant when it was taken over by rival Glencore in 2013.

For his new venture, Davis has attracted backers such as private equity group TPG Capital and commodities trader Noble Group, as well as sovereign wealth and pension funds.

But some in the industry think it will be difficult to replicate Xstrata’s success now that the commodity supercycle is over.

X2 has so far expressed interest in a number of assets in copper, coal and other commodities but is yet to make its first acquisition.

“We continue to carefully review a number of opportunities in the sector in detail,” Davis said in a statement.

“Whilst value-creating opportunities are increasingly evident, the long-term nature of our strategy provides us with the flexibility to target those opportunities where we see the greatest potential for value creation.”

(Reporting by Silvia Antonioli; Editing by Jason Neely and William Hardy for Reuters; Additional editing by Lawrence Aragon for Buyouts)