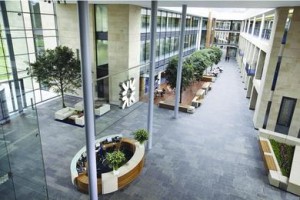 The Royal Bank of Scotland wins this year’s award for mid-market debt provider following a successful year of debt mandates across much of the European continent covering a broad range of industry groups, including TDC, the Danish telecoms group acquired by Apax, Blackstone, KKR, Permira and Providence.

“Our franchise is sponsor focused with key emphasis on a partnership approach to deals and we cover the full range of transaction sizes from the mid-tier up to the top end of the market segment with unrivalled underwriting capability as demonstrated recently by our lead role in the TDC transaction – the largest LBO ever in Europe, in March 2006. We are delighted to win the mid-market debt provider of the year award as it recognises RBS’excellence in this important part of the private equity arena,” says Alison Rose, head of leveraged finance, UK, at the Royal Bank of Scotland in London.

RBS completed mid-tier deals in all of its regional offices during 2006, from Austria, to Spain and the UK, stamping its firm mark on region’s leveraged finance market.

“During 2006 RBS supported a wide array of key mid-market deals around the globe in support of our clients,” says Rose. “Our local presence and deep relationships with regional and pan-regional private equity sponsors along with a full debt product expertise enables us to provide optimal financing solutions for our clients.”

At the top end of the market was the mandate RBS won alongside Barclays to arrange approximately £500 million for the financing facility to back Dubai Investment Corp’s secondary buyout of Travelodge from Permira.

The secondary LBO, announced in August last year, had a total deal size in the region of £675 million.

Working with Permira on a high-profile public-to-private deal in the Spanish market in September, RBS was appointed as mandated lead arranger and bookrunner in the €726 million debt financing package that encompassed a whole range of debt products.

Permira Funds invested alongside the Ballve family to acquire a 50 per cent stake in Tele Pizza, the chain that claims to be first to bring home delivery to Spain, after boosting its offer to USD1.06 billion, or €3.21 a share.

In the Italian market in July, RBS worked with sponsor Bain Capital as bookrunner, sole mandated lead arranger and agent on the €72.5 million secondary buyout of Lince Spa.

At the start of 2006, RBS was appointed as mandated lead arranger to provide senior debt, second lien and mezzanine facilities, totaling an undisclosed amount, for the Bridgepoint Capital-sponsored secondary buyout of A-Katsastus in Finland.

A-Katsastus is a Northern European vehicle inspection company based in Finland. It was acquired by Bridgepoint from MB Funds, Tapiola, Finnish Industry Investment Ltd and Varma Mutual Pension Fund for an undisclosed sum.

A-Katsastus was state-owned until 2003 when it was acquired by MB Funds, the other financial investors and management.

Back in the UK, RBS was appointed bookrunner with Bank of Scotland to finance the Permira acquisition of All3Media Group.

Overall it was a busy year for RBS with market leading deals completed in its German-speaking markets of Austria and Germany, in France, in Sweden and of course in the UK.